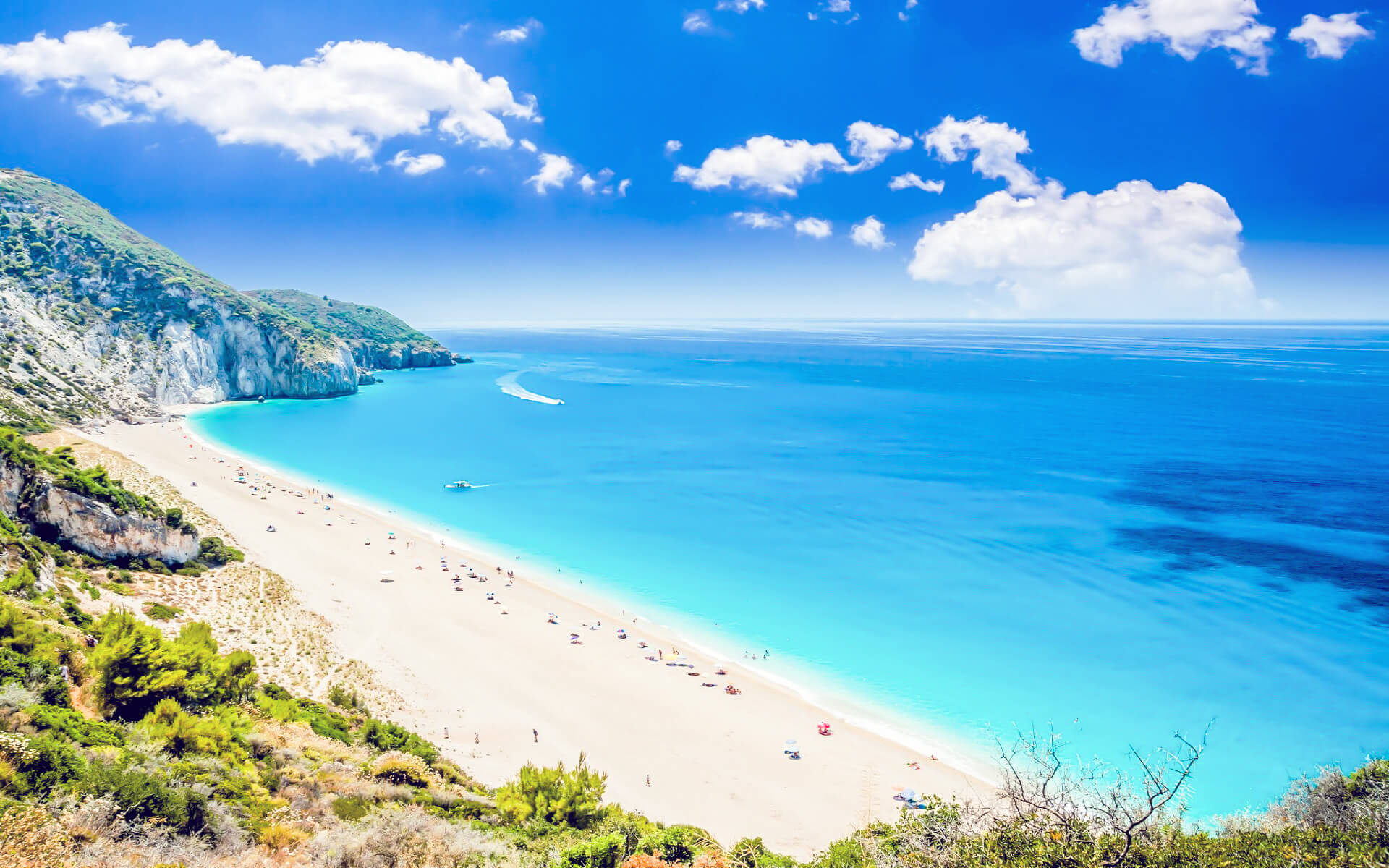 Lefkada, also known as Leucas, Leucadia, Lefkas, or Leukas , is a Greek island in the Ionian Sea on Greece’s west coast, linked to the mainland by a lengthy causeway and floating bridge. Lefkada is the island’s main town and the municipality’s capital. It is located in the northern portion of the island, about an hour’s drive from Aktion National Airport. The island is part of the Lefkada regional unit.

The climate on the island is typical Mediterranean, with scorching summers and chilly winters, particularly in the highlands.

Lefkada is 35 kilometers (22 miles) in length from north to south and 15 kilometers (9 miles) in length from east to west. The island’s size is around 302 square kilometers (117 square miles), whereas the municipality’s territory (including the islands Kalamos, Kastos, and many smaller islets) is 333.58 km2 (128.80 sq mi). Its highest point is the peak Stavrota, which rises 1,158 meters (3,799 ft) above sea level in the island’s center. The tiny resorts of Lygia, Nikiana, and Perigiali are located on the island’s east coast, north of Nidri, the major resort on the island. It is located in a protected area with views of Skorpios (formerly owned by Aristotle Onassis), Meganisi, and other tiny islands, as well as the Greek mainland. The major coastal route from Lefkada to Vasiliki goes through the town, however a bypass that skirts the settlement to the west has just been constructed. There are automobile ferries to Kefalonia, Ithaca, and Meganissi on a regular basis.

Vasiliki, a windsurfing resort, is located 20 kilometers (12 miles) south of Nidri. Vasiliki has ferries to Kefalonia and Ithaca. Cape Lefkada is located south of Vasiliki and is where the Greek female poet Sappho is said to have jumped to her death from the 30 m high rocks.

Porto Katsiki is a well-known beach on Lefkada’s west coast. Lefkada was annexed to mainland Greece (see above for further information on Homer’s Ithaca being Lefkada). In the seventh century BC, the Corinthians built a trench on its isthmus.