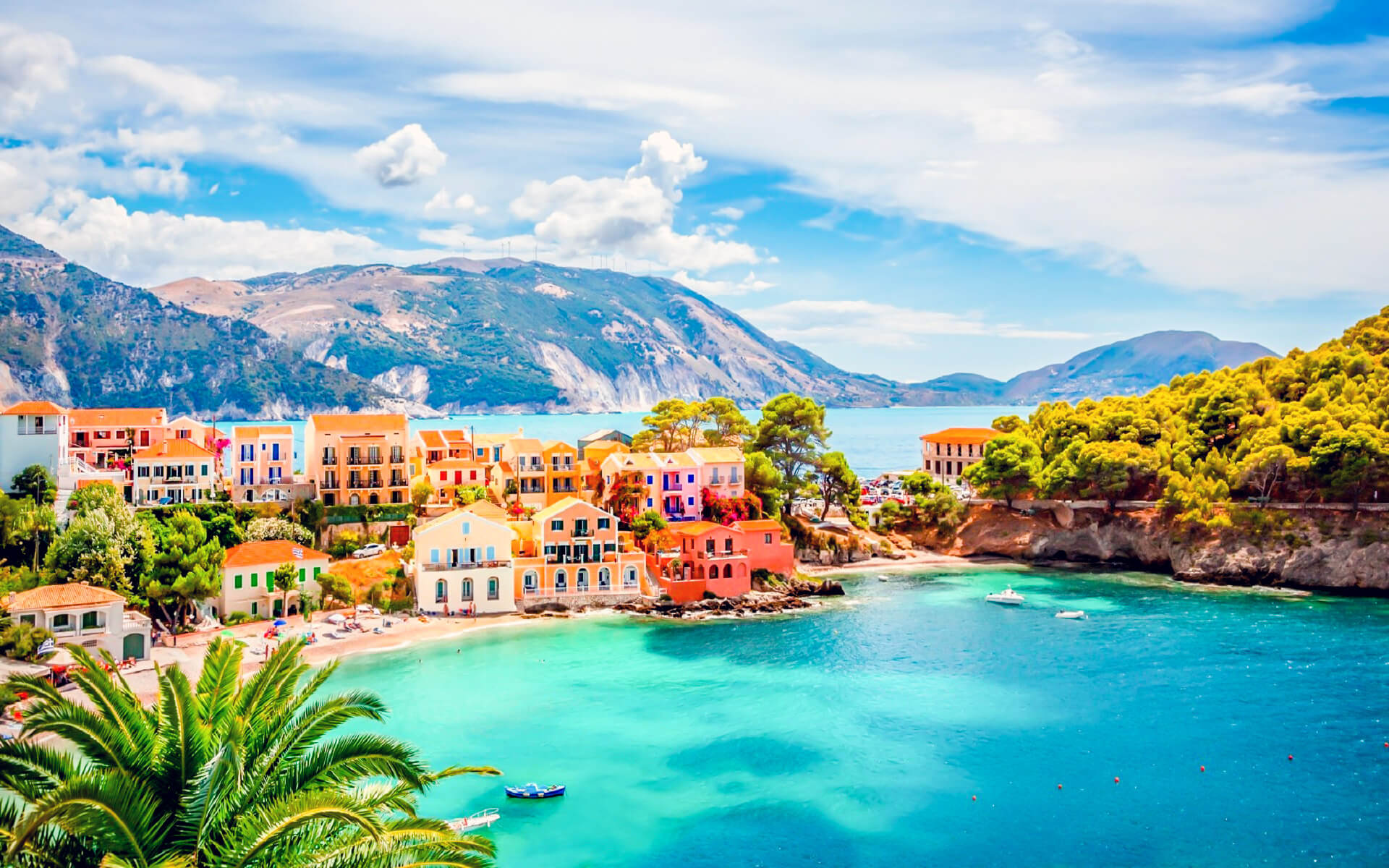 Cephalonia or Kefalonia (Greek: Κεφαλοvιά or Κεφαλλονιά), formerly also known as Kefallinia or Kephallenia (Κεφαλληνία), is the biggest of the Ionian Islands in western Greece. It is also a distinct regional unit of the Ionian Islands region, as well as the area’s only municipality. It was also the old Latin Catholic diocese of Kefalonia–Zakynthos (Cefalonia–Zante) and a short-lived titular see of Kefalonia.

Argostoli is the capital of Cephalonia.

Tourism in Cephalonia began in the early nineteenth century. Even the Greek Royal Family took their children to Lixouri during the summer months in the early twentieth century, but the island was not discovered by most visitors until the 1980s.

Cephalonia attracts visitors from all across Greece, Europe, and the rest of the globe. Because of its closeness to Italy, it is a favourite holiday destination for many Italians. As one of Greece’s biggest islands, it is well-equipped to accommodate the flood of visitors during the summer season, and it offers something for everyone.

Two cultural attractions, the attractive fishing villages of Fiscardo and Assos, as well as several natural attractions such as Melissani subterranean lake, Drogarati cave, and Myrtos beach, have contributed to Cephalonia’s popularity. Captain Corelli’s Mandolin (2001), a film filmed on the island, popularized Cephalonia.

Summers in Cephalonia are hot and bright, with moderate wet winters. Occasionally, snow falls on the island’s mountains during the winter. The wettest month of the year, December, might get up to 115 mm of rain. In contrast, it may be exceedingly dry in July, when there is frequently nil or little rain. Rain is generally seen in the summer, but it is not felt since it evaporates before it reaches the ground due to the dry air.

Cephalonia is the regional unit’s major island, covering 773 km2 (300 mi2) and having a population density of 55 persons per km2 (140/mi2). Argostoli is home to one-third of the island’s population. Lixouri is the prefecture’s second largest town, and the two towns combined account for about two-thirds of the prefecture’s population.

Petalas Island and Asteris Island are the two big islands, however they are deserted.

Cephalonia is located in an earthquake zone, and each year, hundreds of tiny, unrecorded tremors occur. A large earthquake devastated virtually all of the island’s villages in 1953, leaving only Fiskardo in the north unscathed.

Melissani Lake, the Drogarati caverns, and the Koutavos Lagoon near Argostoli are also noteworthy natural features.

The island boasts a diverse biodiversity, including several indigenous and uncommon species. Some locations have been designated as Natura 2000 sites by the European Union.

Mount Ainos, with a height of 1628 meters, is the highest point on the island; to the west-northwest are the Paliki mountains, which include Lixouri, as well as Geraneia (Gerania) and Agia Dynati. The summit of Mount Ainos is a natural park with fir trees.

Forestry is uncommon on the island, although its wood production is among the greatest in the Ionian islands, but less than that of Elia in the Peloponnese. Forest fires were prevalent in the 1990s and early 2000s, and they continue to represent a significant hazard to the people.

Cephalonia is well-known for its endangered loggerhead turtle population, which nests on several beaches around the island’s south coast. A tiny colony of the endangered Mediterranean monk seal, Monachus monachus, lives along the island’s shore as well, particularly on areas of the coast that are inaccessible to people owing to the topography. Caves along this stretch of coast are great places for seals to give birth to their pups and nurse them for the first few months of their life.

The island is known to be home to the European pine marten.

Over 200 bird species have been sighted on the island.

Wine and raisins are the oldest exported exports, having been prominent until the twentieth century. Today, the most prominent industries are fish farming and calcium carbonate.

Animal breeding and olive cultivation are the most important agricultural activities, with grain and vegetables accounting for the majority of the rest. The plains, which encompass less than 15% of the island and are mostly rocky and hilly, are where the majority of vegetable cultivation takes place. Arable land accounts for less than a fourth of the island’s total land area.

Until the 1970s, the majority of Cephalonians resided in rural regions, but now, two-thirds of the population lives in cities, with the remaining third in rural towns and villages near agriculture.

The Robola grape is used to make dry, lemony wines on the island, which has a lengthy winemaking heritage.

Cephalonia’s economy is heavily reliant on olive oil production. Until the 18th century, the amount of olive oil produced on the island was insufficient to meet the demands of the population. However, Venetian invaders’ demand for olive cultivation, particularly after the fall of Peloponnese and Crete, resulted in increased output to the point where the first shipments to Venice started. Prior to the 1953 Ionian earthquake, the island had 200 oil presses; currently, there are just thirteen. Cephalonia has about one million olive trees, which cover over 55 percent of the island’s land area. The tiny, agrarian economy of the island relies heavily on olive oil. The two primary types planted on the island are “koroneiki” and “theiako,” with a lesser number of “ntopia” and “matolia” following. Kefalonian olive oil is green in color, with a thick, greasy flavor and a low acidity.

A sizable proportion of the native summer population spends the winter months abroad since there is just not enough job on the island during the off season (Nov – April). As a result, there are a lot of Greeks with American accents on the island. Only older folks remain limited to their own tongue, despite the fact that English is practically generally understood. Because of the island’s significant historical ties with that country, Italian is generally recognized. Anywhere on the island, a welcome in Greek will elicit a warm and passionate reaction.