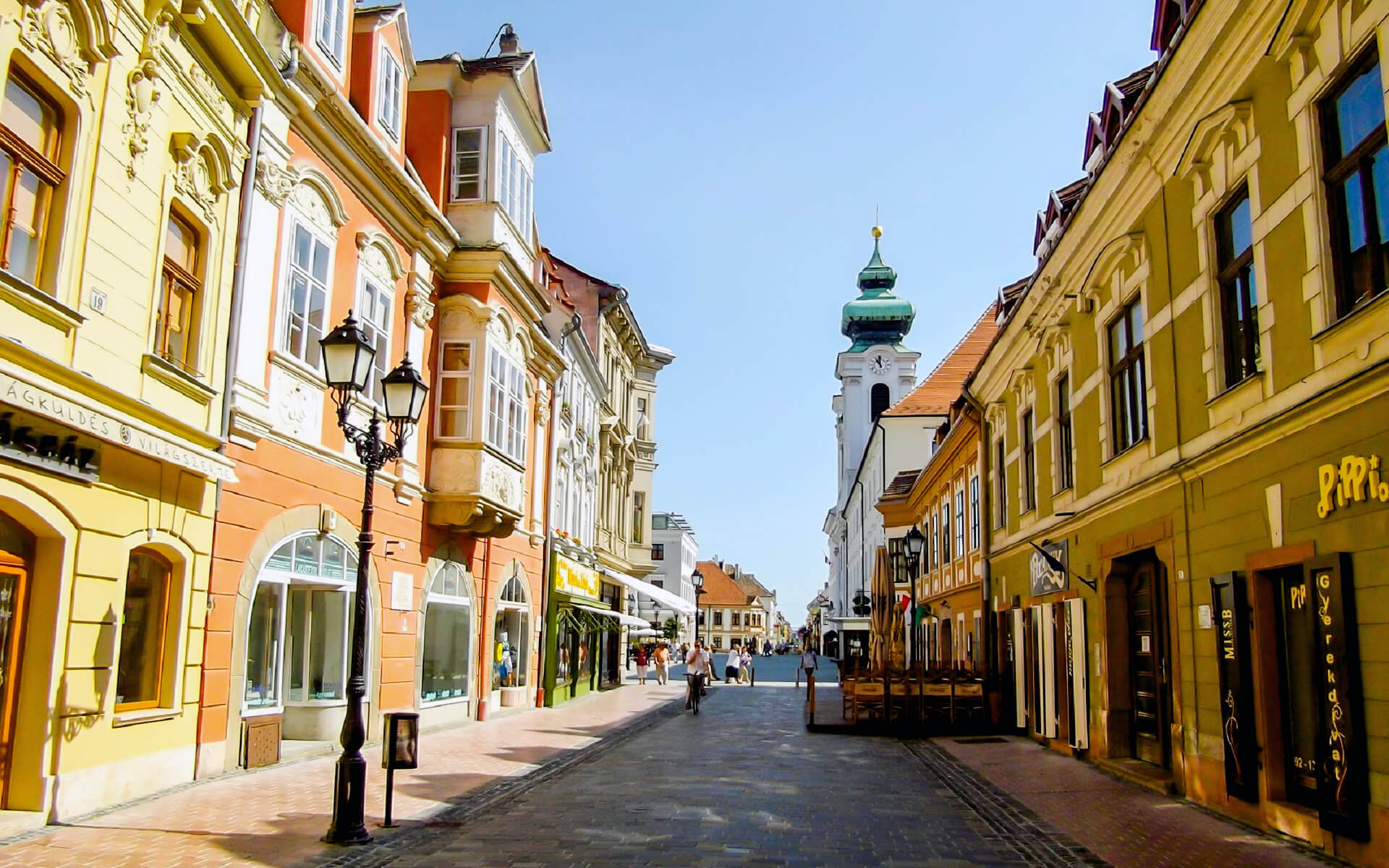 Győr is the most major city in northwest Hungary, the capital of Győr-Moson-Sopron County and the Western Transdanubia area, and is located on one of Central Europe’s most important routes, halfway between Budapest and Vienna. The city is Hungary’s sixth-largest and one of the country’s seven major regional centers.

Győr is a city in Hungary’s Western Transdanubia region. It is the county seat of Győr-Moson-Sopron. With a population of roughly 128,000 people, it is Hungary’s sixth biggest city.

Győr is located in northwest Hungary, between the Slovakian and Austrian borders, in the heart of the ‘Golden Triangle’ between Bratislava, Budapest, and Vienna. It is a convenient stop between Vienna and Budapest or Sopron and Budapest, as well as an useful starting point for day excursions across the whole North Transdanubian area. It has excellent rail and bus links, and the road to the south allows for quick access to Vienna and Budapest.

The city is known as ‘A vzek városa’ or ‘A folyók városa’ (lit. City of Waters or City of Rivers) because the Raab/Rába, Rábca, Mosoni-Duna, and Marcal rivers all meet here or nearby. It is also known as ‘A barokk városa’ (the Baroque City) because the old town contains dozens of monumental buildings

Győr also has one of Europe’s largest engine production operations (about 400 thousand units per year), which feeds the majority of European Skoda, Audi, and Seat automobile manufactures. The city center is densely packed with small restaurants, pubs, and taverns, and the majority of hotels are located here or nearby.

Audi AG subsidiary Audi Hungaria Motor Kft. has a major facility in Győr where the Audi TT sports vehicle, A3 Cabriolet, A3 Limousine, and numerous engines (1,913,053 engines in 2007) are manufactured. The facility was opened in 1994, manufacturing inline-four engines for the Audi brand. The company expanded its operations to include the assembly of the Audi TT Coupé and TT Roadster. V6 and V8 engines were eventually added, and with the purchase of Automobili Lamborghini S.p.A., Audi started producing V10 engines. Only the cylinder blocks for the Lamborghini V10 are built here, whereas the V10s for Audi cars are completely completed. Engines are also provided to other Volkswagen Group brands, however approximately 90% of Audi car engines are manufactured in-house.

Hungary’s country code is 36, while Győr’s area code is 96. If you are phoning from inside Hungary, you simply need to dial the 06 number.

Pay phones are becoming more scarce since the majority of individuals now use a mobile phone. There are pay phones at the Railway Station. Many pink T-Home telephone booths do not take coins, thus you may require a phone card (HUF1000 minimum) to make local calls from a pay phone. Phone cards are available in post offices and some newsstands (Relays).

Moscow is Russia’s capital and biggest city, with a population of 12.2 million inside the city boundaries and 16.8 million within the metro area....
Read more

Monastir, often known as Mīstīr, is a city on Tunisia’s central coast, in the Sahel region (20 km south of Sousse and 162 km...
Read more

Pakistan, formally known as the Islamic Republic of Pakistan, is a federal parliamentary republic situated at the crossroads of South and West Asia. It...
Read more

Mbabane, Swaziland’s capital and biggest city, with a population of 94,874 people. In the Mdzimba Mountains, it is situated on the Mbabane River and...
Read more

Bonn, with a population of 311,287, is a city on the Rhine’s banks in the German state of North Rhine-Westphalia. Bonn is located in...
Read more

Malabo is the capital of Equatorial Guinea’s Bioko Norte province. It’s on the north shore of Bioko, historically known as Bubis, on the island...
Read more
Popular destinations