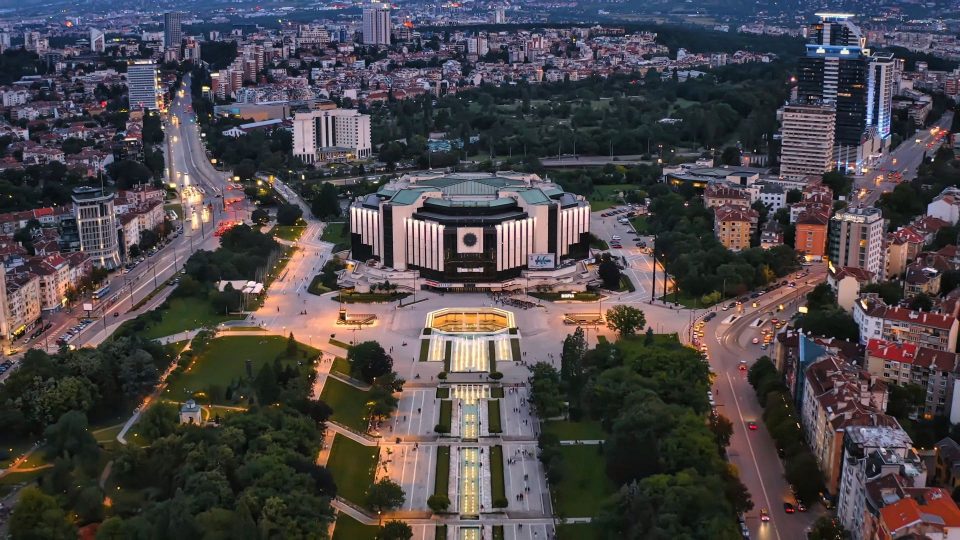 Traditional Bulgarian culture contains mainly Thracian, Slavic and Bulgarian heritage, as well as Greek, Roman, Ottoman, Persian and Celtic influences. Nine historical and natural objects have been inscribed on the UNESCO World Heritage List: the Madara Horseman, the Thracian tombs of Sveshtari and Kazanlak, the Boyana Church, the Rila Monastery, the rock-hewn churches of Ivanovo, Pirin National Park, the Sreburna Nature Reserve and the ancient town of Nesebar. Nestinarstvo, a ritual fire dance of Thracian origin, is included in the UNESCO Intangible Cultural Heritage List. Fire is an essential element of Bulgarian folklore, used to drive away evil spirits and diseases. Bulgarian folklore personifies diseases as witches and includes a wide range of creatures, including the lamya, samodiva (veela) and karakondzhul. Some of the customs and rituals against these spirits have survived and are still practised, including kukeri and survakari. Martenitsa is also widely known.

Slavic culture was centred in the First and Second Bulgarian Empires for much of the Middle Ages. The literary schools of Preslav, Ohrid and Tarnovo exerted a considerable cultural influence on the Eastern Orthodox world. Many Eastern European and Asian languages use the Cyrillic script, which originated in the Preslav literary school around the 9th century. Medieval progress in art and writing ended with the Ottoman conquest, when many masterpieces were destroyed, and artistic activity did not revive until the national revival in the 19th century. After liberation, Bulgarian literature quickly adopted European literary styles such as Romanticism and Symbolism. Since the beginning of the 20th century, several Bulgarian authors, such as Ivan Vazov, Pencho Slaveykov, Peyo Yavorov, Yordan Radichkov and Tzvetan Todorov, have made a name for themselves. In 1981, the Bulgarian-born writer Elias Canetti was awarded the Nobel Prize for Literature.

Bulgarian folk music is by far the most widespread traditional art and has slowly evolved over time as a fusion of Eastern and Western influences. It contains sounds and modes from the Far East, the Middle East, medieval Eastern Orthodoxy and standard Western Europe. The music has a distinctive sound and uses a variety of traditional instruments, such as the gadulka, gaida (bagpipes), kaval and tupan. One of its most distinctive features is the extended rhythmic beat, which has no equivalent in other European music. The State Television Women’s Vocal Choir is the best-known folk ensemble and received a Grammy Award in 1990. Written musical composition in Bulgaria dates back to the early Middle Ages and the works of Yoan Kukuzel (c. 1280-1360). Classical music, opera and ballet are represented by composers Emanuil Manolov, Pancho Vladigerov and Georgi Atanasov and singers Ghena Dimitrova, Boris Hristov and Nikolay Gyaurov. Bulgarian artists have gained popularity in some other genres such as progressive rock (FSB), electropop (Mira Aroyo) and jazz (Milcho Leviev).

The religious heritage of the visual arts includes frescoes, murals and icons, many of which were produced by the medieval art school of Tarnovo. Vladimir Dimitrov, Nikolay Diulgheroff and Christo are among the best-known modern Bulgarian artists. The film industry remains weak: in 2010, three feature films and two documentaries were produced in Bulgaria with public funding. Cultural events are announced in the main media, including Bulgarian National Radio and the daily newspapers Dneven Trud, Dnevnik and 24 Chasa.

Although important parts of the Bulgarian media are controlled by state agencies, including Bulgarian National Television, Bulgarian National Radio and the Bulgarian Telegraph Agency, reporting is generally considered unbiased due to direct government interference, although there are no specific laws upholding this situation. There are no legal restrictions on the print media, and there are also a large number of private television and radio stations. Nevertheless, the traditional Bulgarian media are under negative economic and political pressure and cases of self-censorship have occurred. At the same time, the internet media are gaining popularity due to their lack of censorship and the diversity of content and opinions they present.

Bulgarian cuisine is similar to that of other Balkan countries and shows a strong Turkish and Greek influence. Yoghurt, lukanka, banitsa, shopska salad, lyutenitsa and kozunak are among the best-known local dishes. Oriental dishes such as moussaka, gyuvech and baklava are also present. Meat consumption is lower than the European average, with a clear preference for a variety of salads. Rakia is a traditional fruit brandy that was drunk in Bulgaria as early as the 14th century. Bulgarian wine is known for its Traminer, Muscat and Mavrud types, with an annual production of up to 200 000 tonnes. Until 1989, Bulgaria was the second largest wine exporter in the world.

Bulgaria performs well in sports such as wrestling, weightlifting, boxing, gymnastics, volleyball, football and tennis. The country is home to one of the best men’s volleyball teams, ranked sixth in the world according to the 2013 FIVB rankings. Football is by far the most popular sport. Famous players include AS Monaco striker Dimitar Berbatov and Hristo Stoichkov, who won the Golden Boot and Golden Ball and is the most successful Bulgarian player of all time. The best-known national clubs include PFC CSKA Sofia and PFC Levski Sofia. The national team’s best performance at a FIFA World Cup was in 1994, when they reached the semi-finals by beating Greece, Argentina, Mexico and Germany in succession to finish fourth. Bulgaria has participated in the most Olympic competitions since its first appearance at the 1896 Games, when it was represented by Charles Champaud. The country won a total of 218 medals: 52 gold, 86 silver and 80 bronze, placing 24th in the all-time rankings.

Stefka Kostadinova is the world record holder in the women’s high jump with 2.09 m, which she cleared at the 1987 World Athletics Championships in Rome. Her world record is one of the oldest in modern athletics. In total, Kostadinova has set seven world records: three outdoors and four indoors. She also holds the women’s world record for jumping over 2.00 m 197 times.

Yordanka Donkova is a former hurdler who won one gold and one bronze medal at the Olympic Games and 9 medals at the European Indoor and Outdoor Championships. Donkova set four world records in the 100m hurdles in 1986. His fifth world record, set in 1988 with a time of 12.21, remained valid until 2016.

Petar Stoychev is a long-distance marathon swimmer who set a new world record for swimming across the English Channel in 2007.

Maria Gigova and Maria Petrova each held a record of three world titles in rhythmic gymnastics.

Kaloyan Mahlyanov (Калоян Махлянов), known as Kotoōshū Katsunori is a former professional sumo wrestler who was the first European to achieve the title of ozeki in Japan. 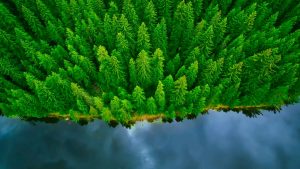 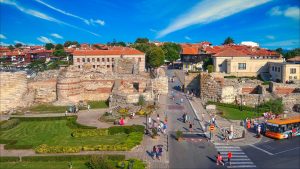 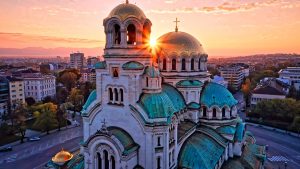 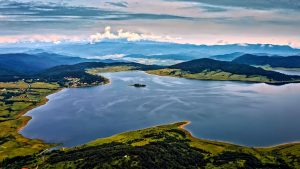 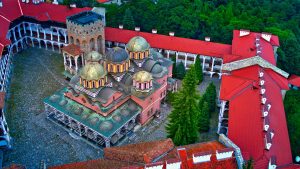 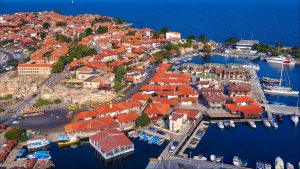 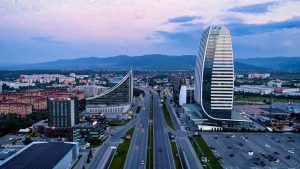 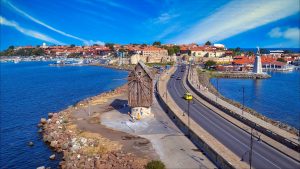 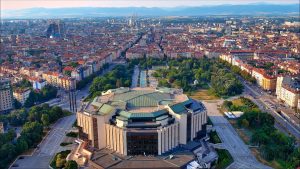 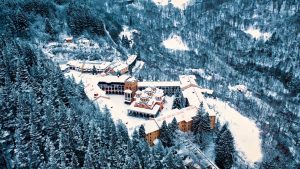 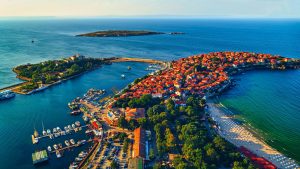 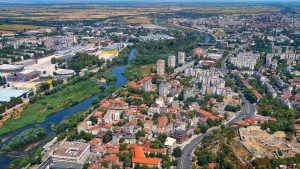 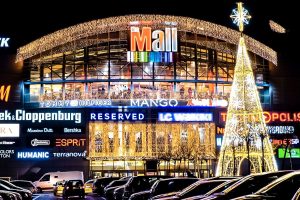 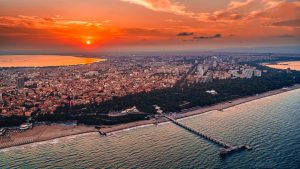 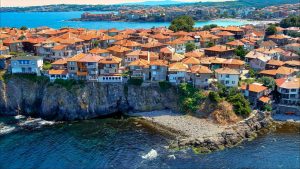 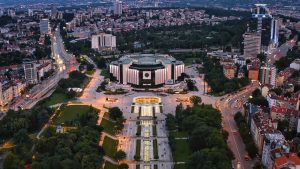 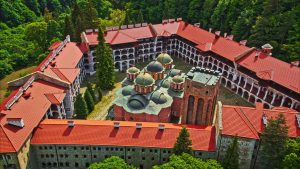 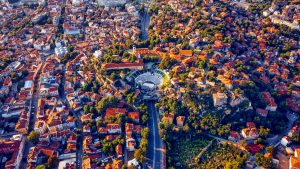