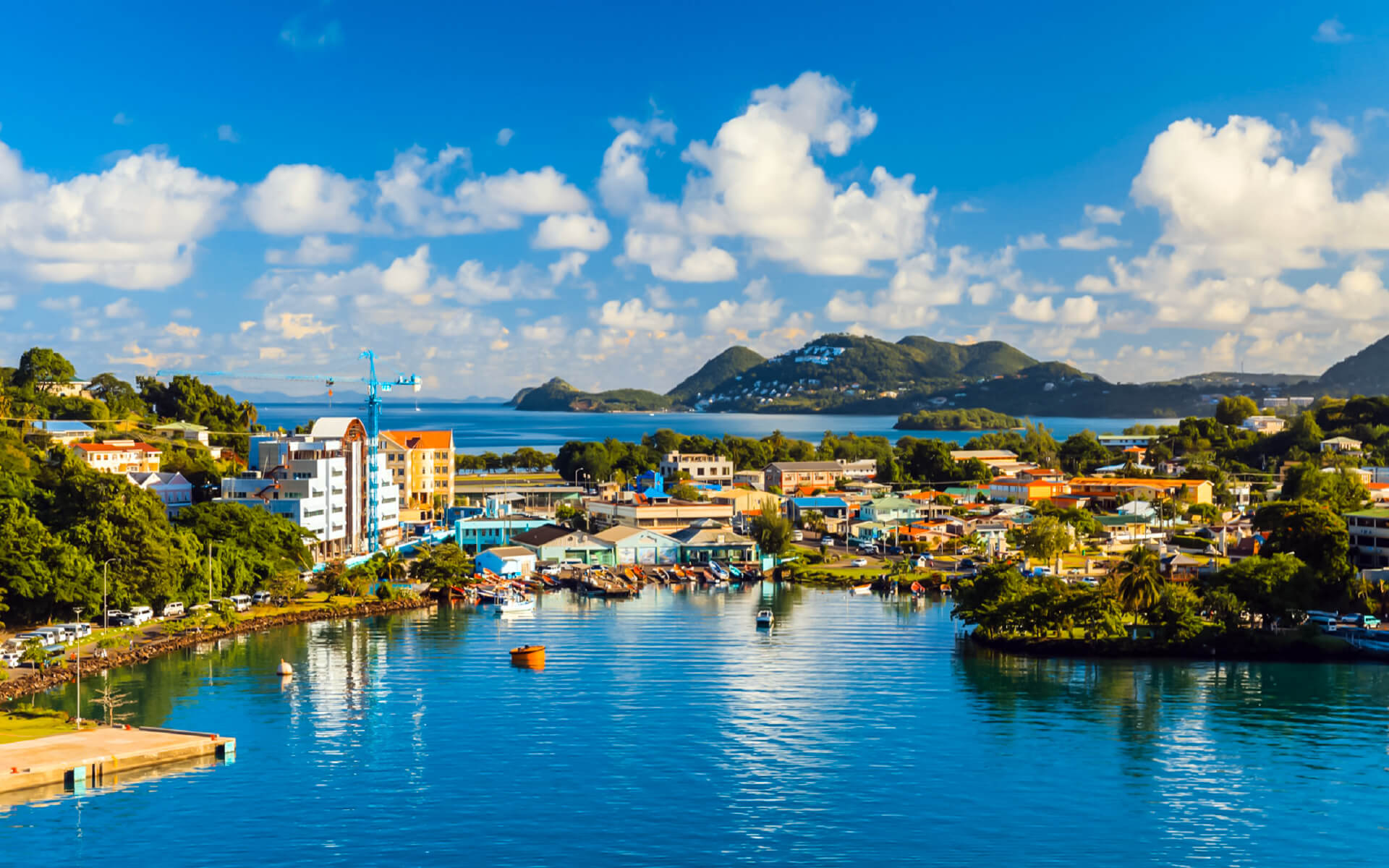 Castries is located in a flood plain and was constructed on reclaimed ground. It is home to the government’s center of power and the headquarters of several international and domestic corporations. The city’s layout is grid-based. Its protected harbor is home to commercial ships, ferry boats, and cruise ships. It is home to many duty-free retail areas, including Point Seraphine and La Place Carinage. Numerous restaurants provide a variety of cuisines, from local to Chinese. Supermarkets and other retail establishments sell items. The city is well-served by public transportation and taxis.

Arthur Lewis, recipient of the 1979 Nobel Memorial Prize in Economics, was born in Castries.

Castries, one of St. Lucia’s most popular tourist destinations, is a port of call for cruise ships. They dock at Pointe Seraphine, which is also a duty-free retail center, to the north of the port. Taxis are widely available to transport guests on excursions of the surrounding area or city. A water taxi transports customers to the city from there. The most hotels, resorts, and restaurants are concentrated in the vicinity of Castries and the island’s other major towns: Gros Islet, Soufrière, and Rodney Bay. Three tourist offices are located across the city, as well as one at the airport. Numerous duty-free stores, restaurants, and other dining places, including Burger King, Domino’s Pizza, and KFC, are located on the premises.

Castries is home to landmarks such as the Cathedral of the Immaculate Conception, Derek Walcott Square (renamed from Columbus Square in honor of the island’s Nobel Laureate poet, Derek Walcott), the City Library, the Government House, and Fort Charlotte, which is located at the summit of Morne Fortune (an 845-foot or 258 m hill). Beaches are a big magnet for visitors, and Castries has many. The beaches of Vigie, Malabar, Choc, and La Toc are all within easy reach.

A tourist information office is located on the cruise ship pier at Pointe Seraphine, about 15 minutes from the town center.

Maps are available for free at the information desk at the La Place Carenage shopping center on Jeremie Street, just across from the St.Lucia Fire Department headquarters.