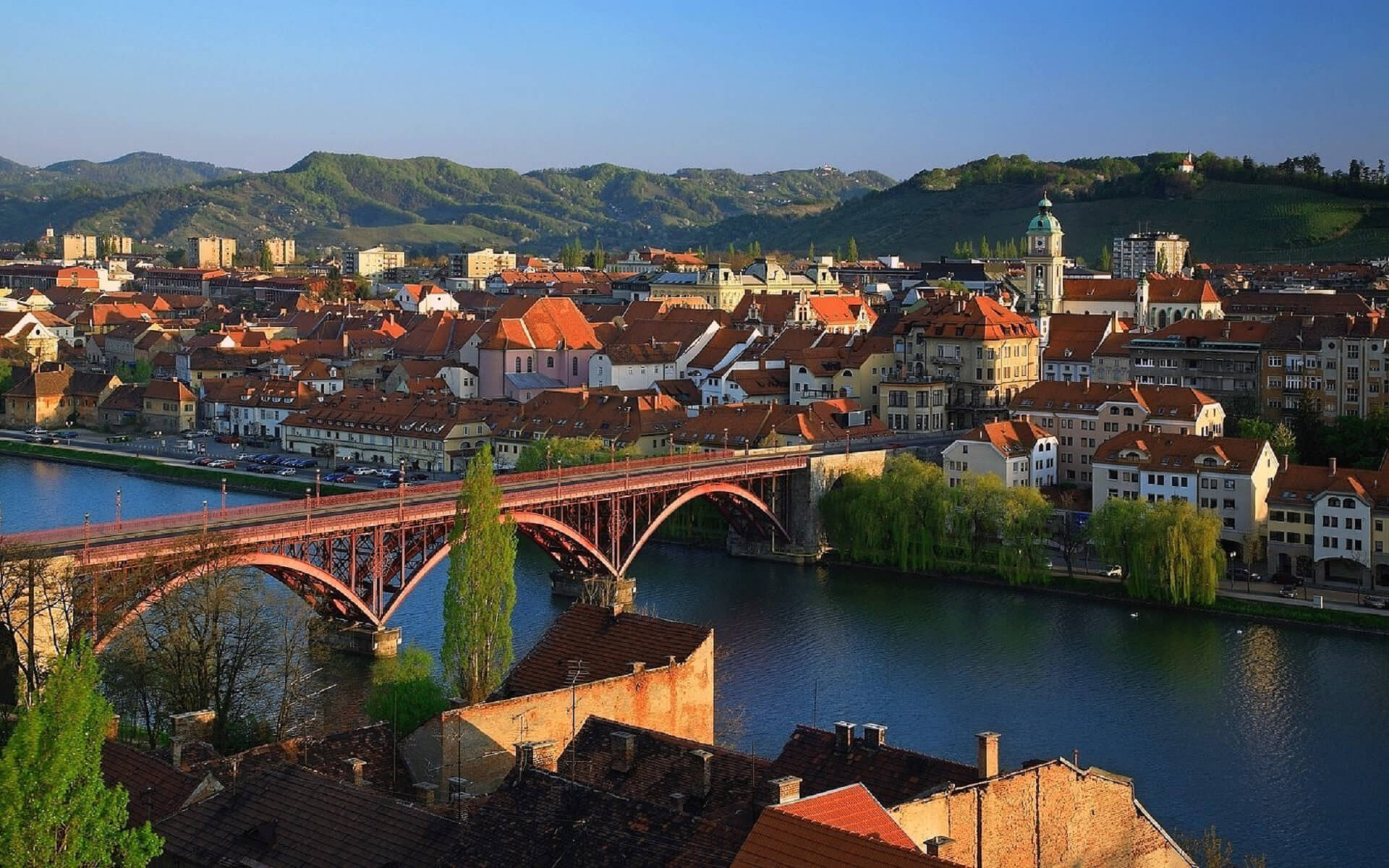 Maribor is Slovenia’s second most significant center and second biggest city. It is home to around 114.000 people who live surrounded by wine-growing slopes and the Mariborsko Pohorje mountain. Maribor is the capital of Štajerska, Slovenian Styria, and is located on the Slovenian-Austrian border, beside the Drava River, and at the crossroads of five natural geographic areas.

Maribor is a trans-regional financial, educational, commercial, and cultural hub. Maribor has evolved into one of the country’s most significant tourist attractions because it is delightfully tiny and nestled in the nature of Pohorje Mountain on one side, the wine producing slopes on the other, and the river Drava wending its way through it. The rich wine culture (the oldest vine in the world, several wine roads and wine cellars), the cultural offer of the old town (theatre, traditional events, galleries and museums), and the leisure activities are its defining traits (hiking, cycling and skiing).

Maribor is located on the gravel terrace of the Drava Valley, between the Pohorje Mountain, the Slovenske gorice Hills, and the Kozjak Hills. The river Drava separates the city into two banks: left (north) and right (south). The historic town centre of the city is located on the left bank of the Drava River. Maribor is encircled by the town (wine-growing) hills to the north, and the foothills of the Pohorje Mountain begin to rise to the south-west.

Infopeka, a local information center that offers free assistance, free internet access, and free bicycle rentals, is a fantastic place to start in the city. They are located on the right side of the street, across the ancient bridge from the Glavni Trg.

Maribor is well-known for its wine and worldwide and Slovene culinary specialties (mushroom soup with buckwheat mush, tripe, sour soup, sausages with Sauerkraut, cheese dumplings, apple strudel, special cheese cake called gibanica). There are also a number of popular restaurants serving Serbian food. The Vinag Wine Cellar (Vinagova vinska klet) holds 5,5 million litres of wine and has an area of 20.000 m2 (215.28 sq ft) and a length of 2 kilometers (1 mi). The home with the world’s oldest grapevine (Hiša stare trte) in Lent grows the world’s oldest grapevine, which was registered in Guinness World Records in 2004. Žametovka’s grapevine is around 440 years old.

Maribor has a humid continental climate with maritime influences (Köppen: Cfb). During the winter, average temperatures remain around 0 degrees Celsius. Summers are often hot. The city’s hottest month (July) has average temperatures that reach 20 degrees Celsius, which is one of the key reasons for the Maribor wine culture. The city receives around 900 mm (35.4 in) of precipitation per year on average, and it is one of the sunniest Slovene cities, with an average of 266 sunny days per year. The most recent August heatwave record is 40.6 °C, observed on August 8, 2013, at the Maribor–Tabor meteorological station by the Slovenian Environment Agency (ARSO).

Maribor Island is located on the Drava River (Mariborski otok). The oldest public bath, which is still an important and popular attraction in Maribor, is situated there.

Maribor has two hills: Calvary Hill and Pyramid Hill, both of which are surrounded by vineyards. The latter dominates the city’s northern boundary. There are also ruins of the first Maribor fortress from the 11th century and a church from the 19th century. The hill provides a picturesque perspective of Maribor and the landscape to the south over the Drava River.

Mark’s café is an internet cafe in Partizanska cesta. The café is located on the right side of the street (as you go towards the city center), between Cafova ulica and Cankarjeva ulica. On the first floor of the shopping center Europark, close to the Comtron store, there is free internet access with PCs (with Skype and camera) and WiFi.