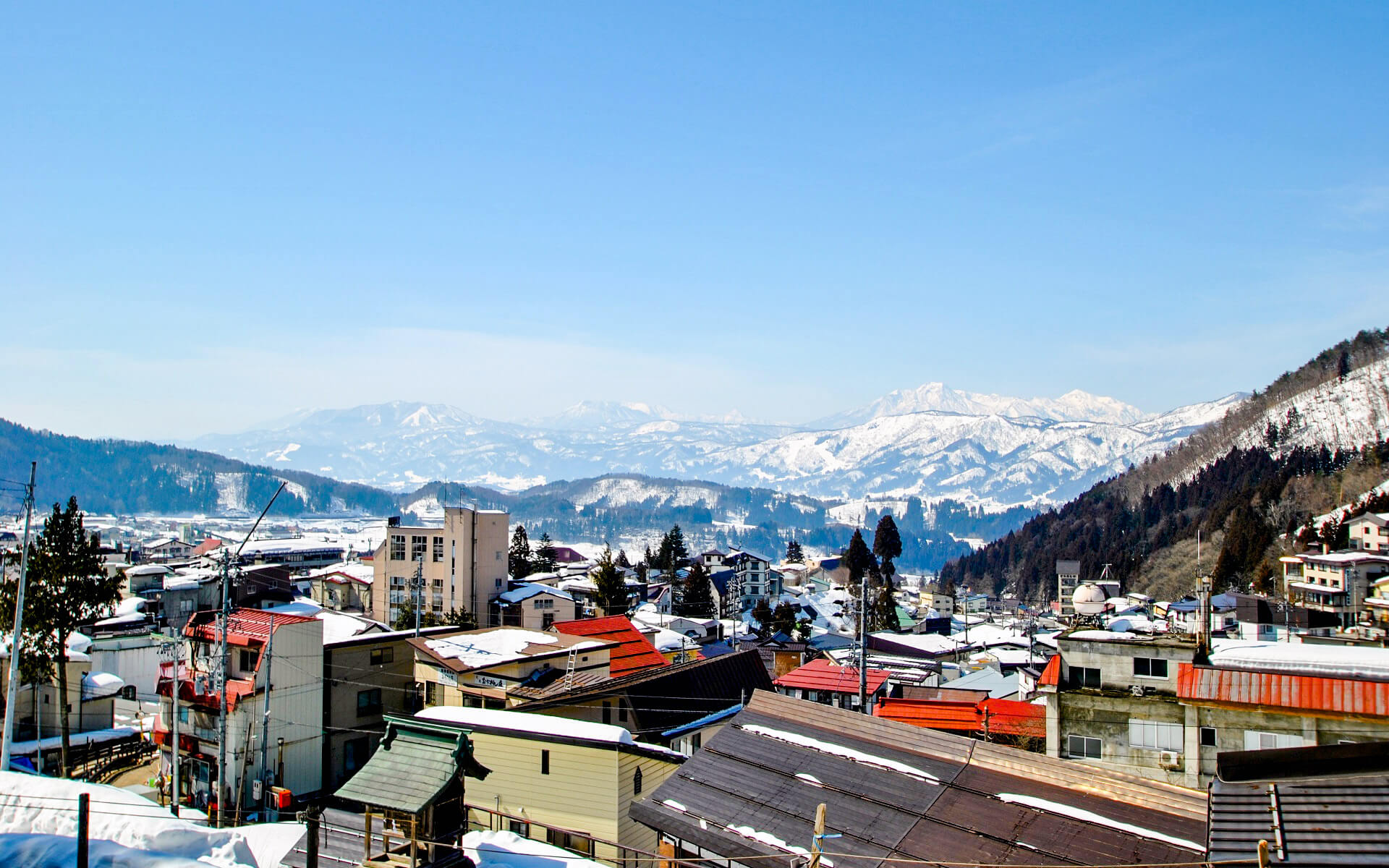 Nozawa Onsen is a hot spring hamlet and ski resort village located near Nagano. A wonderful winter wonderland! One of the best and most extensive winter sports areas in Japan.

Nozawa Onsen Ski Resort, which stretches from the top to the foot of Mt. Kenashi (1,650m), has an altitude difference of 1,085 meters and a total ski slope area of 297 hectares. Indeed, in terms of size, history, and snow quality, the resort is among the very best in Japan.

Because of the quantity of natural, high-quality powder snow, you can ski far into early May.

The endless variety of slopes and courses, including the thrilling Snow Park, ensures satisfaction to snow lovers of all levels, from advanced to beginners, as well as families, providing all comers with the ideal playground to enjoy the ultimate in skiing, snowboarding, or whatever on-snow fun delights you.

The Nozawa Onsen Ski Resort is presently one of the most popular ski resorts in Japan for foreign visitors, owing to its diverse terrain, amount of snow, attractive medieval town, family friendliness, and English-speaking guests’ well-being. A total of 21 lifts and other amenities, including 7 high-speed lifts, link the ski slopes. There are 36 ski slopes, including the spectacular Snow Park, and a 3,500-meter-long course. Nozawa-onsen Ski Resort is appropriate for everyone, from expert skiers to novices and families, and can be fully enjoyed by both skiers and snowboarders, thanks to its range of slopes and courses.

The Nozawa ski season is officially beginning. At this time of year, Honshu ski slopes do not get the same amount of snow as Hokkaido, thus coming in early to mid December may be risky given that Nozawa Japan does not have snowmaking and not all regions may be available. If you want to ski off-piste, there may not be enough snow to cover the sasa grass and bushes, but there is minimal competition for the new powder.

On-piste snow is often sufficient for beginning and intermediate skiers and snowboarders (but there is never any guarantee).

Prior to mid-December, lift tickets at Nozawa Japan are inexpensive, and lodging offers are often available. It should be noted that certain auxiliary and transportation services may not begin until just before Christmas.

This is the most popular period for Japanese people to go skiing or snowboarding, and there are also many overseas visitors. Nozawa Onsen lodging sells out quickly, and you usually have to pay a hefty premium to be there at the exact peak period. Flight prices have also risen.

Good luck getting a table at a restaurant for supper! For part of your stay, you may wish to consider eating supper at your hotel.

It’s still early in the season, and certain off-piste locations may be lacking in snow cover.

You can’t help yourself if this is your only opportunity to take a holiday or vacation. This is the most popular period for Japanese people to go skiing or snowboarding, and there are also many overseas visitors. Nozawa Onsen lodging sells out quickly, and you usually have to pay a hefty premium to be there at the exact peak period. Flight prices have also risen.

Good luck getting a table at a restaurant for supper! For part of your stay, you may wish to consider eating supper at your hotel.

It’s still early in the season, and certain off-piste locations may be lacking in snow cover.

If you’re planning a vacation to Nozawa Onsen between late January and mid-February, it’s a good idea to double-check the time of Chinese New Year (the first day of the Chinese New Year falls on the new moon between 21 January and 20 February). During the Chinese New Year holiday, a large number of people from China and Singapore visit Japan (which can extend a long way either side of the actual new year). Accommodation availability may be limited, and costs may be higher. Chinese skiers prefer to stay on-piste, so you’ll have to battle with ex-pats for off-piste fresh powder.

Early February weather patterns are similar to those of January, making it an excellent period for powder. Late February powder is also often great. With the exception of Chinese New Year, early February is less crowded than January since many Australians have returned to work and school, and the crowds disperse even more in late February.

Early March is a particularly ideal time for powder hunters to visit Nozawa Japan because there is still enough of powder to go around and relatively few other people to share it with. There are some powder days, but they are interspersed with some warmer temperatures, so snow quality may vary greatly.

March delivers more sunny days, making it excellent for both piste skiers and those looking to explore the backcountry.

During the month of March, several hotels offer discounts on their rooms.

The skiing season in Nozawa is almost over. Some lower elevation and south-facing slopes begin to shut, but there is generally adequate snow for novices and low-end intermediates. Good off-piste skiing is hard to come by.

If you want reasonable prices, no crowds, and lots of nice weather, April is the perfect month to come.

Keep in mind that certain services, such as equipment rental businesses, shuttle buses, and restaurants, may have closed for the season.