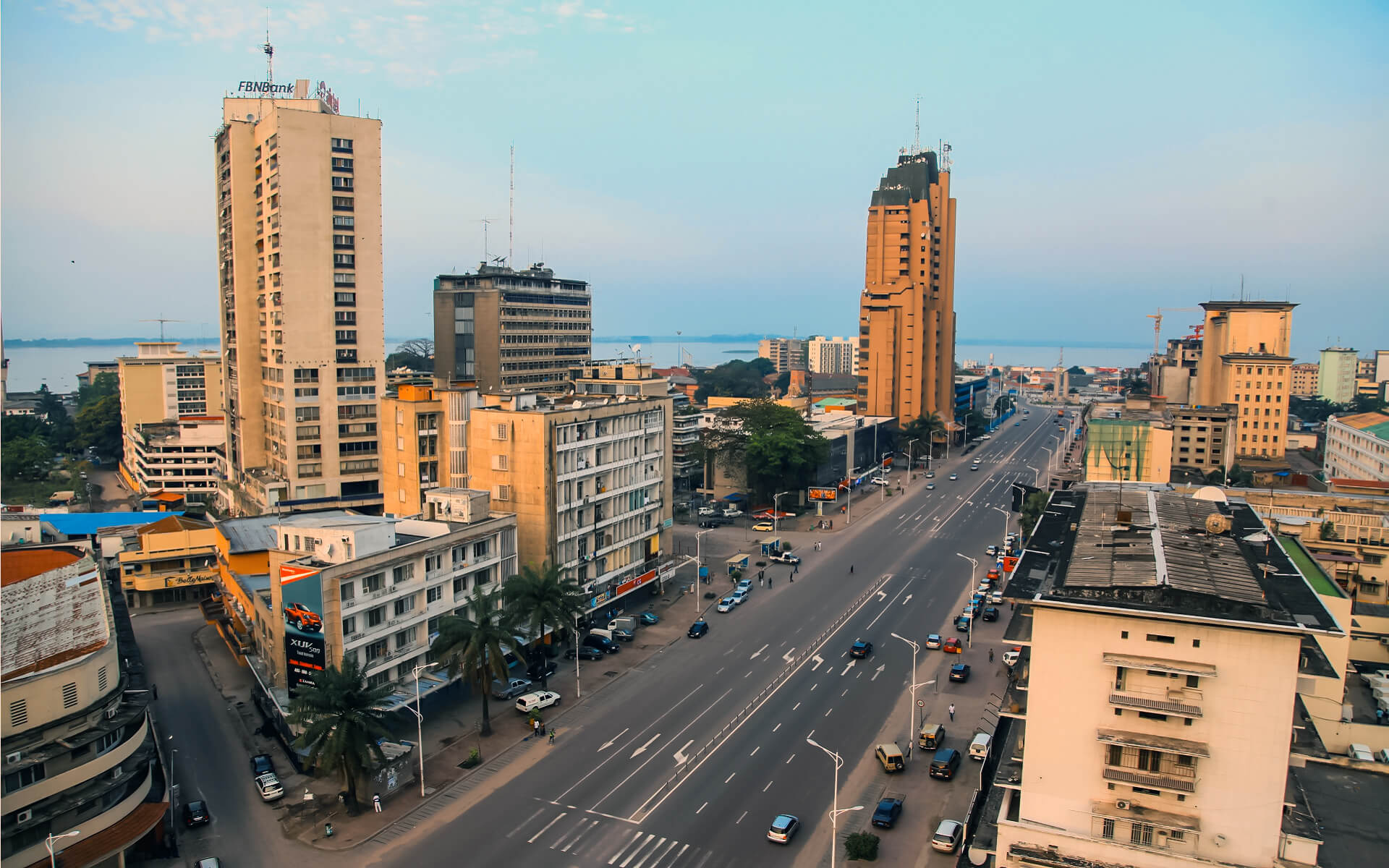 Kinshasa (Leopoldville) is the Democratic Republic of the Congo’s capital and biggest city. It’s on the banks of the Congo River.

Kinshasa, formerly a fishing town, is now a bustling metropolis with a population of over 11 million people in 2014.

It faces Brazzaville, the capital of the neighboring Republic of Congo, which may be seen across the Congo River in the distance.

After Cairo and Lagos, Kinshasa is Africa’s third-largest city. It is also the world’s second-largest “francophone” metropolitan region, after Paris, with French as the official language of the municipal government, schools, media, public services, and high-end business, and Lingala as a lingua franca on the streets.

Kinshasa residents are known as Kinois (in French and sometimes in English) or Kinshasans (English).

Kinshasa is an important cultural and intellectual hub for Central Africa, with a thriving population of musicians and artists, despite being huge, chaotic, and frequently scary.

After decades of military wars inflicted by neighboring nations, the once leading contemporary African city’s infrastructure is now being reconstructed in a remarkable way. Throughout the city, Chinese enterprises are engaging in a number of renovation projects.

Because Kinshasa is south of the equator, the dry season starts in June, around the “winter” solstice. In contrast, in African towns farther north with this climate, the dry season usually starts around January.

The dry season in Kinshasa is somewhat colder than the rainy season, although temperatures are rather consistent throughout the year.

Kinshasa is a city of extremes, with upscale residential and business sectors, as well as three colleges, coexisting with huge slums. It is situated on the south bank of the Congo River, immediately across from Brazzaville, the Republic of Congo’s capital.

After the Nile, the Congo River is Africa’s second longest river, with the continent’s highest flow. It serves as a waterway for most of the Congo basin; huge river barges may travel between Kinshasa and Kisangani on it, and several of its tributaries are also navigable. The river is a major source of hydroelectric power, with the capacity to create enough electricity to power about half of Africa’s population downstream from Kinshasa.

Officially, there is a city bus, which has lately been boosted by the donation to Kinshasa of several older Belgian vehicles to enhance the routes. This system pales in contrast to Kinshasa's "taxi" system, which arose spontaneously to meet the city's demands.These taxis are essentially minibuses. They follow pre-determined...

Stay safeIt is very advised that you always have a local with you at all times (besides while being in your hotel). Cab drivers will frequently accompany you to local businesses and make brief stops, and if you find a good one, they will also function as your interpreter....