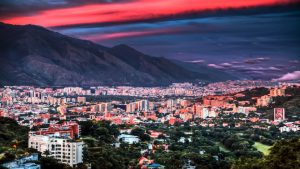 Venezuela was one of three nations that arose from Gran Colombia’s fall in 1830. (the others being Colombia and Ecuador). Venezuela was governed by military strongmen who pushed the oil business for the majority of the first half of the twentieth century, but a democratic process was adopted in 1958. From 1998 until 2013, the nation was governed by President Hugo Chávez, who had previously tried to seize power via a military coup but was allegedly democratically elected and reelected each time. Chavez changed the country’s political culture from one dominated by a two-party system to one dominated by allegiance or hostility to him as a charismatic personality. A coup attempt against Chavez in 2002 failed. Following Chavez’ death, his vice president, Nicolas Maduro, took over as president and has been in power ever since. However, since Maduro lacks Chavez’s charm and the opposition headed by Henrique Capriles accuses him of manipulating the previous elections in his favor, tensions have been growing in recent times, as about half of the nation wants him to remain in power or be removed from it. For most of the twentieth century, political events were strongly affected by the global market price of crude oil, and in the 2010s, petroleum accounted for more than 90% of Venezuela’s exports. Because of the high price of petroleum after the 2003 Iraq war, Venezuela was able to engage in a sort of checkbook diplomacy, and it seemed for a while that Chavez might become a regional leader. As the price of petroleum on the global market has dropped significantly, only partnerships with Iran, Russia, Nicaragua, and Cuba remain.

Regions in Venezuela AndesThis area, which includes the states of Mérida, Táchira, and Trujillo, is mountainous and beautiful. Caribbean IslandsMany of the finest beaches may be found here, since there are around 600 islands or smaller formations. CentralFrom Caracas and the neighboring commuter towns of Miranda and Vargas out to the states...