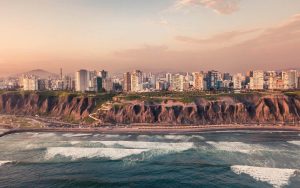 Peruvian culture is mainly based on Amerindian and Spanish traditions, but it has also been affected by ethnic groups from Asia, Africa, and Europe. Peruvian creative traditions may be traced back to Pre-Inca civilizations’ exquisite ceramics, textiles, jewelry, and sculpture. These skills were preserved by the Incas, who also achieved architectural feats such as the building of Machu Picchu. The Baroque style dominated colonial art, but it was influenced by indigenous cultures.

The majority of art during this time was religious in nature; examples include the many cathedrals of the time and the paintings of the Cuzco School. After independence, the arts remained stagnant until the early twentieth century, when Indigenismo arose. Peruvian art has been diverse and influenced by both international and local art currents since the 1950s.

Peruvian literature is based on pre-Columbian cultures’ oral traditions. In the 16th century, Spaniards brought writing to the colonies, which comprised chronicles and religious writings. Costumbrism and Romanticism were the most popular literary styles after independence, as shown by Ricardo Palma’s writings. Indigenismo was headed by authors like Ciro Alegra and José Mara Arguedas in the early twentieth century. César Vallejo produced modernist poetry that was often political in nature. Nobel laureate Mario Vargas Llosa, a prominent member of the Latin American Boom, is credited with popularizing modern Peruvian literature.

Peruvian cuisine combines elements of Amerindian and Spanish cuisine, as well as Chinese, African, Arab, Italian, and Japanese cookery. Anticuchos, ceviche, and pachamanca are popular meals. Peru’s diverse environment encourages the development of a wide range of edible plants and animals. Peruvian cuisine is renowned for its variety of ingredients and cooking methods.

Peruvian music is influenced by Andean, Spanish, and African cultures. The quena and the tinya were two popular instruments in pre-Hispanic periods, and musical manifestations varied greatly by area. New instruments, such as the guitar and harp, were brought by Spaniards, leading to the creation of hybrid instruments like the charango. The cajón, a percussion instrument, and its rhythms are examples of African contributions to Peruvian music. Marinera, tondero, zamacueca, diablada, and huayno are examples of Peruvian traditional dances.

Forgotten temples in the dense Amazon jungle, lost Inca cities, fabulous wildlife and extraordinary folklore. Peru has everything that adventure films are made of. Most of the best Inca sites are in the Inca highlands around the beautiful city of Cuzco, once the capital of the Inca empire and now...