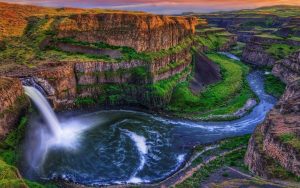 Guyana’s geographical location, sparsely populated rainforest regions and large Amerindian population set it apart from the English-speaking Caribbean countries. Its mix of Indo-Guyanese (East Indian) and Afro-Guyanese (African) cultures gives it similarities with Trinidad and sets it apart from other parts of the Americas. Guyana shares similar interests with the Caribbean islands, such as food, festive events, music, sports, etc.

Guyana plays international cricket as part of the West Indies Cricket Team, and the Guyana team plays first-class cricket against other Caribbean nations. In March and April 2007, Guyana co-hosted the Cricket World Cup 2007. In addition to its membership of CARICOM, Guyana is a member of CONCACAF, the international football governing body for North and Central America and the Caribbean.

The people of Guyana do not wear shoes in their homes and expect their visitors to do the same.

Stay Safe in Guyana Georgetown is notorious for its petty street crime. Do not walk alone at night or even during the day unless you know the area well. Areas such as Tiger Bay, east of Main Street, and the entire south-eastern part of the city, including Albouystown and Ruimveldt,...