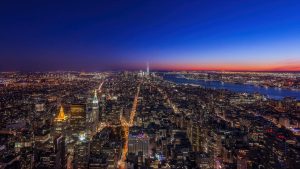 The motel is by far the most common form of accommodation in rural areas of the United States and along many highways. Most motels offering cheap rooms to motorists are clean and inexpensive and have limited amenities: telephone, television, bed, bathroom. Motel 6 (1-800-466-8356) is a national chain with cheap rates ($30 to $70, depending on the city). Super 8 Motels (1-800-800-8000) also offers cheap accommodation nationwide. Reservations are usually not required, which is convenient because you don’t have to break up a long car trip at random; you can just drive until you’re tired and then find a room. However, some are used by adults who want to book a night for sexual or illicit activities, and many are in undesirable areas.

Business and extended-stay hotels are becoming more common throughout the country. They can be found in small towns in the Midwest or in urban areas close to the coast. They tend to be more expensive than motels, but not as expensive as full-service hotels, with prices ranging from $70 to $170. Although these hotels may appear to be the size of a motel at first glance, they can offer the amenities of larger hotels. Examples include Courtyard by Marriott, Fairfield Inns and Residence Inns by Marriott; Hampton Inn and Hilton Garden Inn by Hilton; Holiday Inn Express by Holiday Inn; Four Points by Sheraton and Hyatt Place by Starwood.

Some extended-stay hotels cater to business travellers or extended-stay families (who often relocate due to business decisions). These hotels often have kitchens in most rooms, host afternoon social events (usually poolside) and serve a continental breakfast. These “suite” hotels are similar to the serviced flats found in other countries, although the term “serviced flats” is not commonly used in American English.

Hotels are available in most cities and generally offer more service and amenities than motels. Rooms generally cost between $80 and $300 per night, but most major cities have very large, prestigious and expensive hotels that offer luxurious suites larger than some flats. Check-in and check-out times are almost always between 11am and 12pm and between 2pm and 4pm. Some hotels in the US do not accept people under 21 unless they are accompanied by older adults. Many US cities now have “hotspots” in the suburbs with high-end hotels aimed at affluent business travellers. These hotels often offer all the amenities of their downtown cousins (and more), but at less exorbitant prices.

In many rural areas, especially on the coasts and in New England, there are bed and breakfasts (B&Bs). B&Bs are usually located in houses or converted buildings with fewer than a dozen units and offer home-like accommodation, with free breakfast (of varying quality and complexity). Prices for B&Bs range from $50 to $200 per night, with some places being significantly more expensive. They can be a nice change from the impersonality of chain hotels and motels. Unlike in Europe, most American bed and breakfasts are not signposted; you have to book in advance and get directions.

The two best-known hotel guides covering the USA are the AAA (formerly the American Automobile Association; usually pronounced “Triple-A”) TourBooks, available to members and affiliated car clubs worldwide at local AAA offices, and the Mobil Travel Guide, available at bookstores. There are several online hotel booking sites; note that many of these sites add a small commission to the room rate, so it may be cheaper to book directly with the hotel. On the other hand, some hotels charge more for rooms booked or purchased through agents and brokers than for rooms booked “on the sly”, so it is worth checking both.

There are also youth hostels all over the United States. Most are affiliated with the American Youth Hostel Association (a member of Hostelling International). The quality of the hostels varies greatly, but at $8-24 per night, the prices are unbeatable. Despite the name, AYH membership is open to people of all ages. There are also non-AYH hostels, especially in larger cities. Note that hostels cluster in more touristy areas, so don’t assume that every medium-sized city has a hostel.

Camping can also be a very cheap accommodation option, especially in good weather. The downside of camping is that most campsites are outside urban areas, so it’s not really an option for big city travel. There is an extensive state park system (+1-800-365-2267), and most states and many counties also have their own park systems. Most state and national campgrounds are of excellent quality and offer beautiful natural surroundings. Expect to pay between $7 and $20 per car at the gate. Kampgroundsof America (KOA) has a chain of commercial campgrounds across the country that are much less charming than their public sector counterparts, but are equipped with RV hookups and amenities like laundry facilities. There are countless independent private campgrounds with different features.

Some unusual accommodation options are available in certain areas or by prior arrangement. For example, you could stay on a houseboat on Lake Tahoe or on the Erie Canal. You can also stay in a tree house in Oregon. More conventional accommodation can be found in college or university dormitories, some of which rent rooms to travellers during the summer. Finally, you can rent a furnished house by the day in many tourist areas as well as in larger cities.