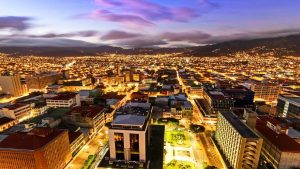 Due to Costa Rica’s topography and historical development, most of its economic growth has been concentrated in the country’s central valley, which includes four cities: San José (capital), Alajuela, Cartago and Heredia. The provincial capitals (Liberia, Puntarenas and Limón) and other strategically located cities are of regional importance, especially for tourism. The most important cities in Costa Rica for travellers are:

Quesada – the largest town in the north of the country, surrounded by hot springs popular with Costa Rica holidaymakers; locally known as “San Carlos”.

Other destinations in Costa Rica