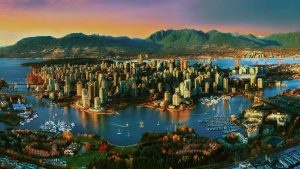 North AmericaCanadaThings To Do in Canada

Canada is a country with a rich cultural heritage. Festivals and events are held in Canada every year to celebrate the multicultural landscape of this great nation. Each festival represents a unique cultural facet of Canada’s diverse population. These festivals are easily identified by the time of year.

In some parts of the country, the Canadian music festival season kicks off in April and May. Yellowknife, Northwest Territories, celebrates spring with the Cariblues Festival, Halifax presents chamber music with the Scotia Festival of Music and Ottawa highlights concerts, flowers and history at the Canadian Tulip Festival.

Canada is also known around the world for its theatre festivals, such as the Stratford Festival in beautiful Stratford, Ontario, and the Shaw Festival in picturesque Niagara on the Lake, both of which begin around this time and continue into the autumn. There are also a number of children’s festivals, including the Calgary International Children’s Festival and the Saskatchewan International Film Festival for Young People.

There are also many musical and cultural summer festivals throughout the country. Here is a selection: Yellowknife’s Summer Solstice Festival, Calgary’s Reggaefest, Windsor’s International Freedom Festival (with Detroit), Calgary Stampede, Winnipeg’s Folklorama, Toronto’s Caribana, Les Francofolies de Montréal, and the jazz and comedy festivals in Montreal, the Festival acadien de Caraquet in New Brunswick, Rib-fest in London, Bayfest in Sarnia, the Charlottetown Jazz and Blues Festival in Prince Edward Island and the Collingwood Elvis Festival in Ontario. Edmonton is also known as the “City of Festivals” because of its many festivals (such as North America’s largest Fringe Theatre Festival).

Kitchener-Waterloo hosts the largest Oktoberfest outside of Bavaria. The nine-day festival offers a wide range of cultural and entertainment activities. Many venues are transformed into beer gardens for the duration of the festival and given Germanic names. Oktoberfest in Kitchener-Waterloo attracts over 700,000 visitors annually.

Autumn is also a time for families to enjoy the autumnal splendour of nature through autumn festivals or simple activities that take in the beauty of the landscape.

Winter is the time when Canadians and their families hit the slopes and ice at ski resorts and community ice rinks across the country. Canada’s world-renowned winter festivals take place in late January and February, including the Quebec Winter Carnival in Quebec City and Winterlude in Ottawa and Gatineau. There are also winter events that pay tribute to Canadian pioneers, such as the Festival du Voyageur in Winnipeg and the Yukon Sourdough Rendez-vous Festival in Whitehorse.

In Calgary, January is all about showcasing exciting national and international theatre, dance and music at High Performance Rodeo, one of Canada’s leading festivals of new and experimental theatre.

Winter sports such as skiing and snowboarding are particularly popular in British Columbia and Alberta and are regular activities during the winter months. British Columbia and Alberta are home to some of the best ski resorts in the world, including Whistler Blackcomb (a two-hour drive from Vancouver). Skiing in Banff and Jasper National Parks (130 km from Calgary and 370 km from Edmonton respectively) is also popular.

By air You will probably arrive in Canada by plane, most commonly in Montreal, Ottawa, Toronto, Calgary or Vancouver (the five largest cities, from east to west). Many other cities also have international airports, of which the following are particularly useful for visitors: Halifax, St. John's, Winnipeg, Edmonton, Regina, Saskatoon,...

Canada is huge - the second largest country in the world after Russia. This means that you will need several days to get to know even a part of the country. In fact, St. John's, Newfoundland, is geographically closer to London, UK, than to Vancouver. By air The best way to...

Citizens of the following countries do not require a visa to visit Canada for a stay of (usually) up to six months, provided they are not working or studying and the traveller has a passport valid for six months beyond the date of intended departure: Andorra, Anguilla, Antigua and Barbuda,...

Regions in Canada Visiting Canada in one trip is a major undertaking. More than 7,200 kilometres separate St. John's, Newfoundland, from Victoria, British Columbia (about the same distance as between London and Riyadh or Tokyo and Calcutta). Driving from one end of the country to the other can take 7-10...

Canada is a nation with many interesting places throughout the country. Each province and territory is unique and each contains its own special attractions. British Columbia has much to offer, including Haida Gwaii (Queen Charlotte Islands), an eco-paradise of untouched wilderness, and Vancouver Island. In the Yukon, you have the...

Currency in Canada Canada's currency is the Canadian dollar (symbol: $; correct abbreviation: CAD), often referred to simply as "dollar", "buck" (slang) or "loonie" (nickname for the $1 coin, now also a slang term for currency). One dollar ($) is made up of 100 cents (¢). Rising oil prices tend...

Food in Canada English Canadians may be puzzled when you ask them where to find Canadian food. English Canadian cuisine varies greatly from region to region. Specialities include maple syrup, Nanaimo bars (unbaked squares with chocolate, custard or vanilla butter filling and a breadcrumb base), butter tarts (tarts made with...

In Canada, the following national holidays are recognised and celebrated (there may be minor differences in some provinces): New Year's Day - 1 JanuaryFamily Day - 3rd Monday in February (not celebrated in all provinces, known as Louis Riel Day in Manitoba, Islander Day in PEI).Good Friday - Friday before...

The communications infrastructure in Canada is typical of a developed nation. By phone Canada, along with the United States and the majority of the Caribbean, is part of the North American numbering scheme and uses the country code +1. The structure for area codes and local phone numbers is the same...

Stay Safe in Canada Security in Canada is generally not a problem and a little common sense goes a long way. Even in big cities, violent crime is not a serious problem and very few people are armed. Violent crime should not worry the average traveller as it is usually...