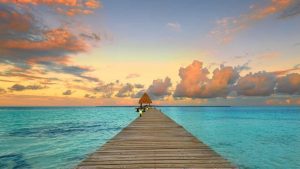 Most holidays in Belize are traditional Commonwealth and Christian holidays, although some are specific to Belizean culture, such as Garifuna Settlement Day and Baron Bliss Day. In addition, the month of September is considered a special time of national celebration. In addition to Independence Day and St. George’s Caye Day, Belizeans also celebrate Carnival in September, which usually includes several events that span several days. In some parts of Belize, however, Carnival is celebrated during the traditional pre-Lenten period (February).

Belizean cuisine is an amalgam of all the ethnic groups in the country and their respective varieties of food. It can be described as similar to Mexican/Central American and Jamaican/Anglo-Caribbean cuisine.

In rural areas, meals are usually simpler than in the cities. The Maya use maize, beans or pumpkin for most meals, and the Garifuna love seafood, cassava (especially made into cassava bread or ereba) and vegetables. The country is full of restaurants and fast food shops that sell fairly cheap food. Local fruit is quite common, but raw food from the markets less so. Lunchtime is a communal time for families and schools, and some shops close at noon for lunch, only to reopen later in the afternoon. Steak is also common.

Punta is a popular genre of Garifuna music and has become one of the most popular styles of music in Belize. It is distinctly Afro-Caribbean and is sometimes described as ripe for international popularisation like similar styles (reggae, calypso, merengue).

Brukdown is a modern style of Belizean music related to calypso. It developed from the music and dance of the lumberjacks, particularly a form called Buru. Reggae, dancehall and soca imported from Jamaica and the rest of the Caribbean, as well as rap, hip-hop, heavy metal and rock from the United States are also popular among Belizean youth.

The main sports played in Belize are football, basketball, volleyball and cycling. Boat racing, athletics, softball and cricket are also practised. Fishing is also popular in the coastal areas of Belize.

Another major annual sporting event in Belize is the La Ruta Maya Belize River Challenge, a 4-day canoe marathon held every March. The race runs from San Ignacio to Belize City, a distance of 180 miles (290 km).

On Easter Day, the citizens of Dangriga participate in an annual fishing tournament. First, second and third prizes are awarded according to the size, type and number of fish. The tournament is broadcast on local radio stations and the winners receive cash prizes.

The Belize National Basketball Team is the only national team to have won major international competitions. The team won the 1998 CARICOM Men’s Basketball Championship held at the Civic Center in Belize City and participated in the 1999 Centrobasquet Tournament in Havana. The national team finished seventh out of eight teams, having won only one game, although they played closely throughout the competition. In a return visit to the 2000 CARICOM Championship in Barbados, Belize finished fourth. Shortly after, Belize moved to the Central American region and won the 2001 Central American Games Championship.

The team was unable to repeat this success and finished the 2006 COCABA championship with a record of 2 and 4. The team finished second in the 2009 COCABA tournament in Cancun, Mexico, where they won 3-0 in the group stage. Belize won its opening match at the 2010 Centrobasquet Tournament with a victory over Trinidad and Tobago, but lost heavily to Mexico in a rematch of the COCABA final. A hard-fought win against Cuba put Belize in position to qualify, but they lost to Puerto Rico in their last match and missed out.

The national flower is the black orchid (Prosthechea cochleata, also known as Encyclia cochleata). The national tree is the mahogany (Swietenia macrophylla), which inspired the national motto Sub Umbra Floreo, meaning “In the shade I flourish”. The national animal is the Baird’s tapir and the national bird is the keel-billed toucan (Ramphastos sulphuratus).