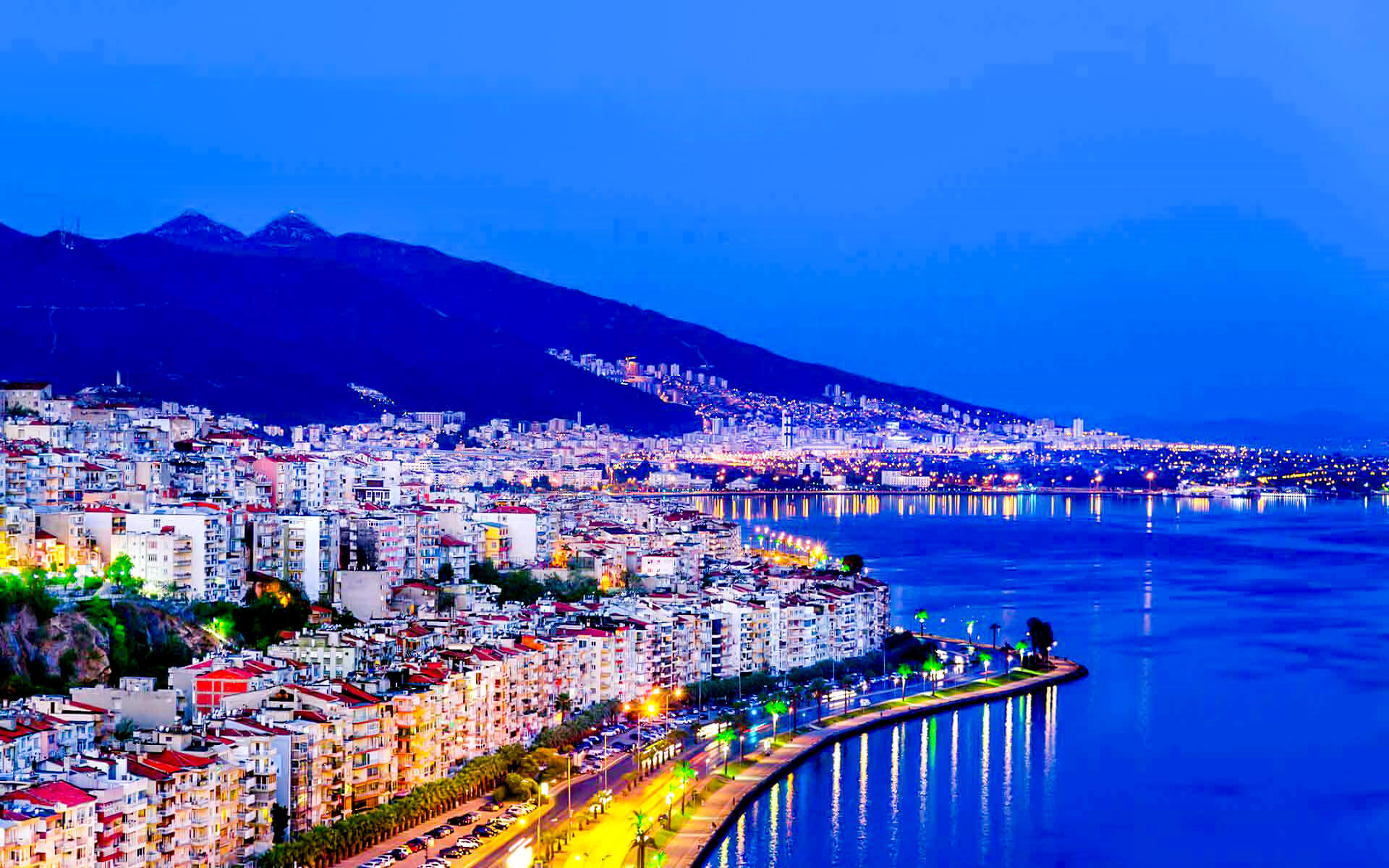 İzmir is a metropolitan city in western Anatolia and Turkey’s third most populous city, after Istanbul and Ankara. It is one of Turkey’s most westernized cities. The metropolitan area of zmir stretches along the Gulf of İzmir’s outer waters and inland to the north over the delta of the Gediz River, to the east along an alluvial plain formed by many minor streams, and to a little more mountainous terrain in the south. The ancient city was known as Smyrna, and the city was often referred to as Smyrna in English until 1928, when the Turkish adoption of the Latin alphabet made “İzmir” the globally recognized name.

İzmir is divided into numerous metropolitan areas. Konak district corresponds to ancient zmir, with this district’s territory being the “İzmir Municipality” (Turkish: İzmir Belediyesi) until 1984. With the establishment of the “Greater İzmir Metropolitan Municipality” (Turkish: İzmir Büyükşehir Belediyesi), the city of İzmir grouped together initially nine, and more recently eleven, metropolitan districts, namely Balçova,Bayraklı, Bornova, Buca, Çiğli,Gaziemir, Güzelbahçe, Karabağlar,Karşıyaka, Konak and Narlıdere. In a continuing process, the Mayor of İzmir was also given authority over additional districts stretching from Bergama in the north to Selçuk in the south, bringing the total number of districts considered to be part of İzmir to twenty-one, with two of these only partially administratively included in İzmir.

With a population of roughly 3.7 million people, Izmir is Turkey’s third-largest city, the second-largest port after Istanbul, and a very excellent transportation center. Smyrna, the historic city, is today a modern, urbanized, and bustling economic town centered on a large harbor surrounded by mountains. The city’s vast boulevards, glass-fronted buildings, and contemporary retail malls are punctuated by traditional red-tiled roofs, an 18th-century market, and historic mosques and churches, albeit the city has a Mediterranean European feel rather than a typical Turkish one.

The climate in Izmir is Mediterranean (Köppen climatic classification: Csa), with long, hot and dry summers and pleasant to chilly, wet winters. Izmir receives an average of 686 millimetres (27 in) of precipitation each year, with 77 percent of it falling between November and March. The remainder of the precipitation falls between April and May, and September and October. From June through August, there is virtually little rain.

At the turn of the nineteenth century, trade via the city’s port was crucial to the Ottoman Empire’s economy, and the economic roots of Turkey’s Republican period were also formed here at the Izmir Economic Congress. The economy of the Izmir region is now classified into the following categories in terms of value: Industry gets 30.5 percent, commerce and allied services gets 22.9 percent, transportation and communication gets 13.5 percent, and agriculture gets 7.8 percent. Izmir contributed 10.5 percent of all tax revenues received by Turkey in 2008, with exports accounting for 6% and imports accounting for 4% of Turkey’s international commerce. After Istanbul and Bursa, the province is Turkey’s third-biggest exporter and fifth-largest importer. The Port of Alsancak, which has an annual container loading capacity of about a million, handles 85–90 percent of the region’s exports and around a fifth of all Turkish exports.