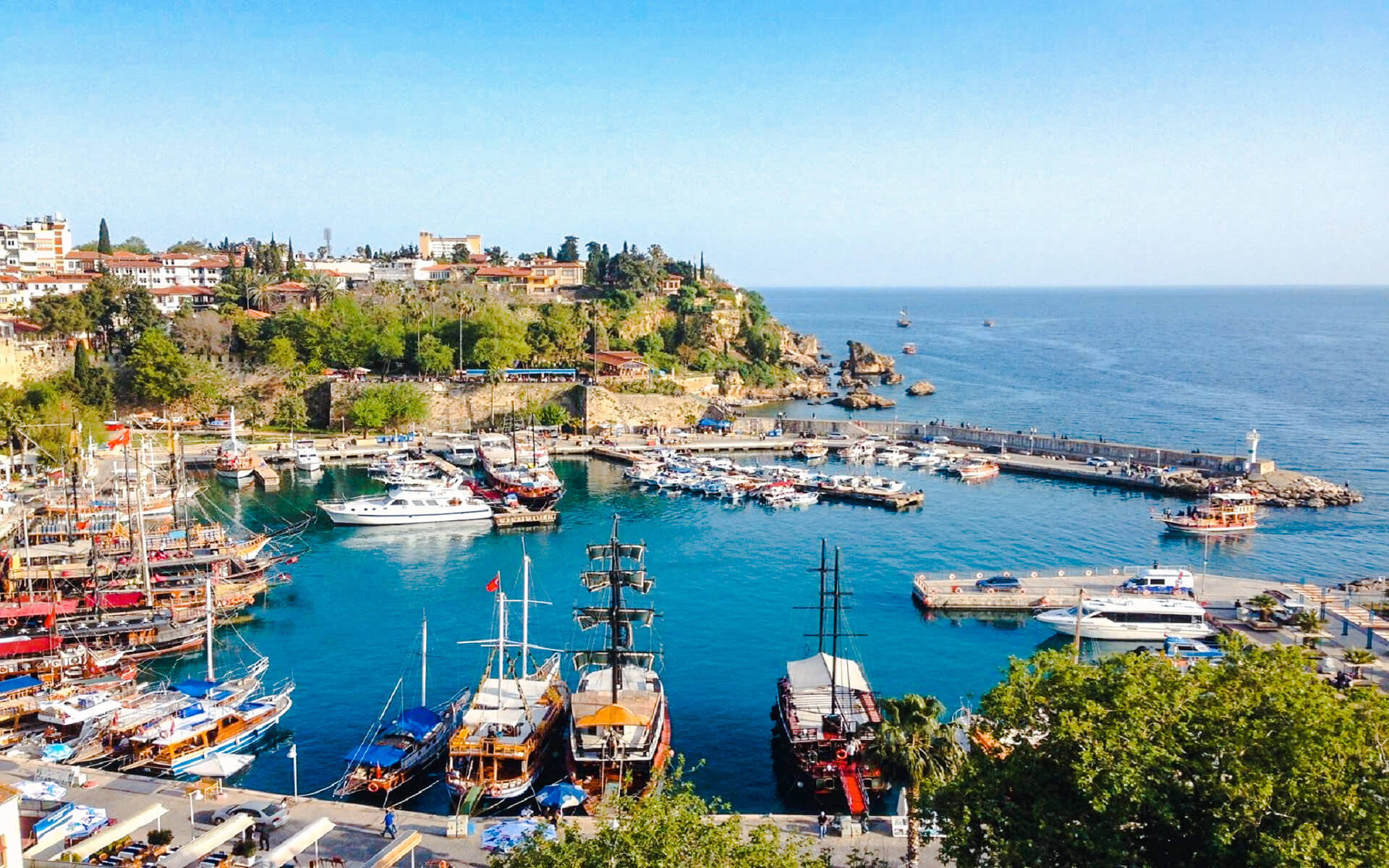 Antalya is the capital of its namesake province and Turkey’s eighth most populated city. Antalya, located on Anatolia’s thriving southwest coast and bounded by the Taurus Mountains, is the biggest Turkish city on the Mediterranean coast, with a population of over one million people.

Antalya was founded approximately 200 BC by the Attalid dynasty of Pergamon, which was quickly conquered by the Romans. Antalya flourished under Roman domination, with the creation of various new structures, including as Hadrian’s Gate, and the spread of nearby towns. The city has changed hands multiple times, notably in 1207 to the Byzantine Empire and in 1391 to the rising Ottoman Empire. For the following 500 years, Ottoman authority offered relative peace and stability. In the aftermath of World War I, the city was assigned to Italian suzerainty, but was regained by a newly independent Turkey during the War of Independence.

Antalya, situated on the Turkish Riviera, is Turkey’s largest international sea resort. Tourism has benefited from large-scale development and government investment. In 2014, the city had a record 12.5 million visitors.

Antalya is the biggest city on Turkey’s Mediterranean coast and one of the major centres of the Turkish Riviera.

As the center of a region with magnificent beaches, lush mountains, and a staggering amount of historic monuments, tourist investments began in the 1970s, dramatically altering the city’s destiny. However, because the majority of visitors (millions annually) to the region are now on “all-inclusive” vacation packages, they are immediately taken from the airport to the huge resorts lining the hundreds of kilometers of coastline, where they stay until the end of their holidays, with perhaps a raid or two to the nearest and most popular attractions, so Antalya itself, especially the old town (Kaleiçi), is more of an idyll.

In the summer, Antalya boasts a thriving nightlife. Bars with nargile (water pipe), games, live music, and lounging around, discothèques with stylish guests, and so on are all options. One club succeeds the next on Konyaalti’s Beach Park. Some old Kaleiçi (Old City) homes have been converted into taverns, where a bottle of ‘Efes’ beer costs 6-9 TL depending on the location. Their tree-shaded gardens provide a pleasant respite from the sweltering summer heat. Raki is a classic alcoholic beverage with a licorice flavor. Make sure you don’t drink it too rapidly or you’ll be out in no time.

Shipyards specializing in the construction of pleasure boats have been established in the Antalya Free Zone since 2000. Some of these yards have made advancements in composite boat manufacturing technologies.

Antalya is the headquarters of Corendon Airlines and SunExpress.