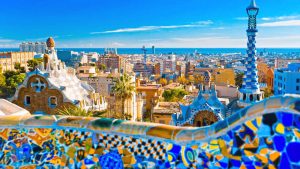 The public holidays celebrated in Spain are a mixture of religious (Roman Catholic), national and regional holidays. Each municipality is allowed to declare a maximum of 14 public holidays per year, of which a maximum of nine are set by the national government and a minimum of two at local level. Spain’s bank holidays (Fiesta Nacional de España) is 12 October, the anniversary of the discovery of America, and commemorates the feast of Our Lady of the Pillar, the patron saint of Aragon and all Spain.

There are many festivals and celebrations in Spain. Some of them are known all over the world, and every year millions of people from all over the world come to Spain to attend one of them. One of the most famous is that of San Fermín, in Pamplona. The most famous event is the Encierro, the running of the bulls, which takes place from 7 to 14 July at 8am, but this week-long fiesta also includes many other traditional and folkloric events. The events are central to the plot of Ernest Hemingway’s The Sun Also Rises, which has attracted the general attention of the English-speaking reading public. As a result, it has become one of Spain’s best-known fiestas internationally, with more than a million people attending each year.

Other festivals include Carnival in the Canary Islands, the Falles de Valencia or Holy Week in Andalusia and Castilla y León.