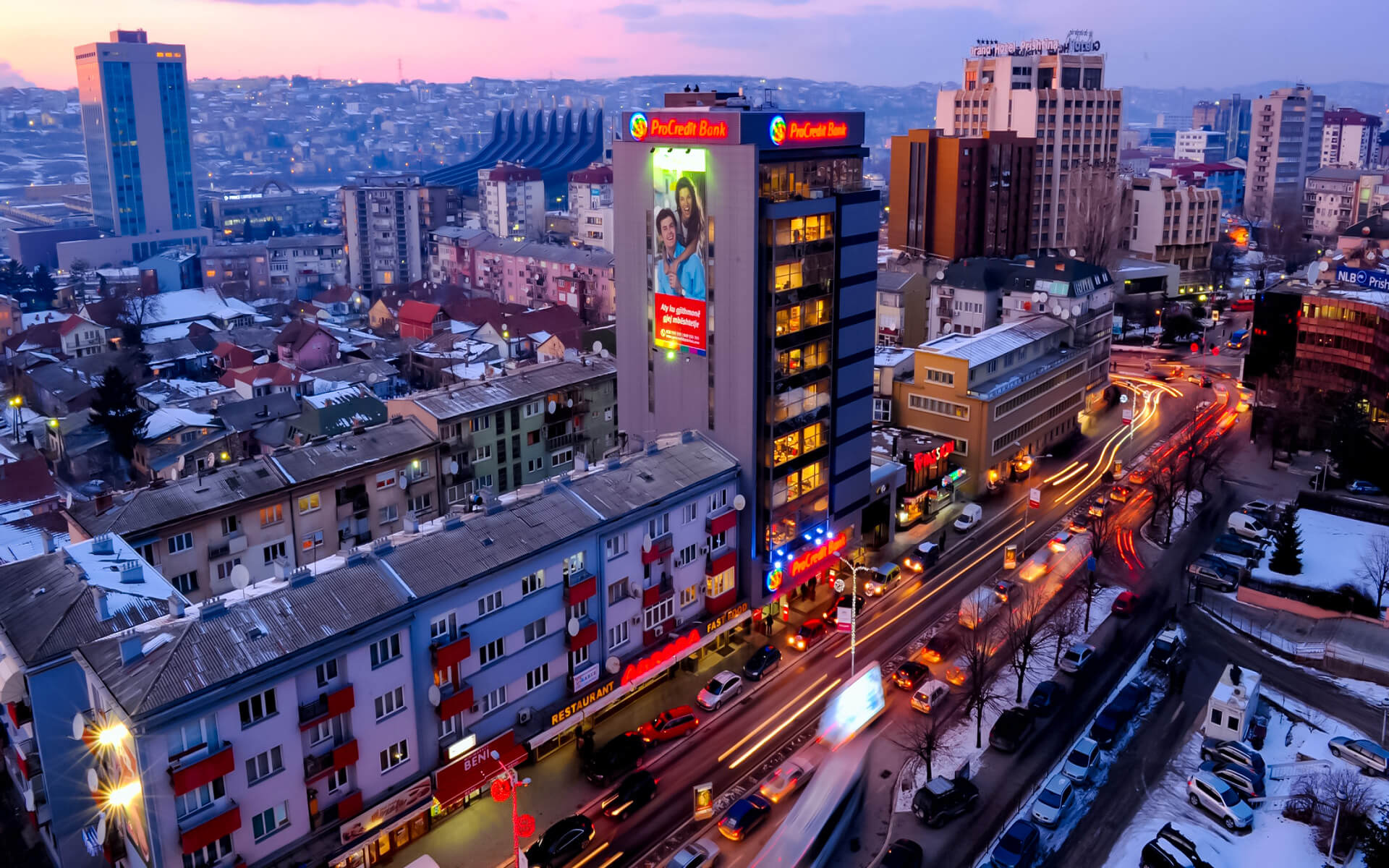 Pristina (Serbian Cyrillic: Приштинa) is Kosovo’s capital and biggest city. It serves as the administrative headquarters for the municipality and district of the same name.

According to preliminary census estimates from 2011, Pristina has a population of 198,000 people. Along with neighboring minor settlements, the city has a predominantly Albanian population. It serves as Kosovo’s governmental, educational, and cultural hub. Pristina International Airport serves the city, which is home to the University of Pristina.

In 2012, tourism in Pristina received 36,186 international tourists, accounting for 74.2 percent of all visitors to Kosovo that year. Foreign tourists generally come from Albania, Turkey, Germany, the United States, Slovenia, and Macedonia, although they also come from other areas. Batllava Lake and Gadime Marble Cave, both of which are popular tourist destinations in Kosovo, are two of the most frequented attractions near Pristina.

Pristina is Kosovo’s primary tourist attraction and the country’s principal aviation gateway. In 2012, the number of international tourists to Pristina increased by more than 10,000 visitors as compared to 2008, when there were 25,434 visitors. During the first quarter of 2013, the number of hotels in Pristina was 24 out of 102 total throughout Kosovo, and during the third quarter of same year, 18.85 percent of hotel capacity was occupied, with 423 rooms with one bed, 268 rooms with two beds, 13 rooms with three beds, 49 flats, and 6 residents.

Coffee shops are a Pristina landmark that can be found virtually everywhere and serve as gathering places for various festivals and events. The Gracanica monastery, located in the Pristina district, is a UNESCO World Heritage Site.

Pristina has a humid continental climate (Köppen classification Dfb) with marine influences. Summers in the city are mild, while winters are chilly and frequently snowy.

Pristina is situated at 42° 40′ 0″ North and 21° 10′ 0″ East and has a total area of 572 square kilometers (221 sq mi). It is located in the north-eastern section of Kosovo, near the Goljak mountains. Pristina has a wonderful view of the Šar Mountains, which are located several kilometers to the south of Kosovo. Pristina is situated between two major cities, Obilić and Kosovo Polje. In fact, Pristina has developed so much in recent years that it has established ties with Kosovo Polje. Lake Badovac lies just a few kilometers south of the city.

There is no longer a river that runs through Pristina, although there was once one that ran through the city center. When the river passes through the city, it is allowed out into the open air through subterranean tunnels. The river was covered since it ran through the local market and everyone threw their trash there. This resulted in a foul odor, and the river had to be covered.

The river presently only runs through Pristina’s northern and southern neighbourhoods.

Pristina now has 8,725 registered firms with a total of 75,089 workers. Because not all firms are registered, the precise number is unclear. Isa Mustafa, the Mayor of Pristina, has created several new roads in the city since its independence. He also intends to build a ring road around the city. The national government is also helping to modernize the roads by constructing highways to Ferizaj and other places. In Croatia, an Albanian businessman is constructing the biggest structure in the Balkans, with a planned height of up to 262 meters (860 feet) and a capacity of 20,000 people. This will cost €400 million. The Municipality has categorized the Lakriste region as a high-rise district with several complicated buildings. Buildings such as the ENK, World Trade Centre, Hysi, and AXIS towers are being built in an area that was formerly used as an industrial zone.

Limak Holding of Turkey and Aéroport de Lyon of France won the concession tender for Pristina International Airport. Two corporations have committed to investing €140 million by 2012.