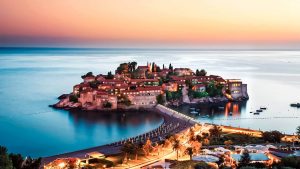 How To Travel To Montenegro

EuropeMontenegroHow To Travel To Montenegro

How To Travel Around Montenegro

Things To See in Montenegro

The major international airport in Montenegro is Podgorica. It is located 12 kilometers (7.5 miles) south of Podgorica. It serves as a hub for Montenegro Airlines, the country’s main airline.

The absence of bus service to the shore is one point to note about the Podgorica airport. As a result, as soon as you leave the airport, you will be besieged by men who will ask if you want a cab. They are now competing to see how much they can squeeze you for. Montenegro is not a cheap nation, but you should have your wits about you. Hotels in Kotor will provide airport transfers for about 70-80 euros, so don’t believe men who quote EUR120 or more for the trip to the seaside. If you say “forget it” and take a cab to the center, they may attempt to negotiate with you while you’re in the vehicle… at least in this case, it’s one-on-one.

The destinations served by these airports are detailed in the ‘Airports of Montenegro’ webpage. Montenegro Airlines’ destinations, as well as booking information, may be found on the carrier’s website.

Dubrovnik airport in Croatia is a half-hour drive from the Montenegrin border and the seaside city of Herceg-Novi, and it is serviced by several major airlines, making it an excellent choice for visitors arriving by aircraft.

From Belgrade, there is one daytime and one overnight train (two in the summer). Trains go via Bijelo Polje, Kolain, and Podgorica before arriving in Bar, Montenegro’s major seaport. The railway across the Dinaric Mountains is regarded as one of Europe’s most beautiful railroads. Traveling by rail is the cheapest method to travel to Montenegro, but the service is subpar. The trip from Belgrade to Podgorica takes 10 hours (11 hours to Bar), but anticipate significant delays.

The cost of a ticket from Belgrade to Podgorica is €19.20, with a €3 mandatory seat reservation or a €6 berth reservation. Tickets may be bought online at the Serbian Railways e-shop.

Montenegro is well linked to neighboring nations, and all tickets cost less than €25. More seasonal lines are released throughout the summer.

Montenegro has no highways constructed to full motorway standards; all routes are single carriageway. Almost all roads in Montenegro are twisty and hilly, and speeds over 80km/h are prohibited. Within a built-up region, the usual speed restriction is 50km/h. Winter driving conditions on roads in the northern hilly area need extra care.

Even during the day, driving with headlights is required, as is wearing a seat belt. A €10 ‘ecological tax’ for passenger vehicles entering Montenegro used to be collected at border crossings, however it was phased out in 2012.

In Italy, there is a daily ferry service from Bar to Bari. The Bar-Bari line is open all year, with service many times a week during the summer. A journey to Bari takes about 8 hours. There is also a ferry service between Bari, Italy, and Dubrovnik, Croatia. Bus service to Montenegro is accessible from there; the Dubrovnik bus station is close to the port where the ferry docks.

How To Travel Around Montenegro

By train There is a local rail service that runs from Bar to Bijelo Polje, passing via Podgorica, Kolasin, and Mojkovac. It is the cheapest method to go from north to south and vice versa, however the service is not of great quality. In recent months, Montenegro acquired new trains...

The majority of international visitors arrive in Montenegro via plane, road from Croatia, or sometimes by sea from Italy. Tourists from Bosnia, Serbia, Kosovo, and Albania mostly utilize the land routes from those countries. Holders of travel documents containing a valid Schengen visa, a valid visa from the United States...

Regions in Montenegro Montenegro is officially split into 21 municipalities, which are further subdivided into five regions: Bay of KotorThis bay is regarded as one of Europe's most beautiful, and it is a UNESCO World Heritage Site in its whole. It contains Perast and Kotor, as well as other typical Mediterranean...

Things To See in Montenegro

Despite its tiny size, Montenegro has magnificent alpine scenery, dramatic shore lines, ancient monuments, and really lovely walled towns. Montenegro's shoreline is equally as beautiful as that of its more well-known neighbor, Croatia, and it's no surprise that its major tourist sites may become busy in the summer. However,...

Things To Do in Montenegro

Festivals Montenegro offers a plethora of local festivals that are well worth attending, ranging from traditional music performances to local celebrations with free food and beverages. Typically, wine and shellfish are served. Bokeska Noc (3rd week of August) - Celebrations beneath masks near Kotor's famous fortifications, where a terrible figure is burnt...

Food in Montenegro Apart from hotels in towns and summer resorts that offer half-board and full-board accommodation, as well as those along roads and communication lines such as restaurants, pizza places, taverns, fast food restaurants, and cafes, there is a selection of national restaurants that serve traditional Montenegrin cuisine. Montenegro provides...

Montenegro uses the euro. It is one of many European nations that utilize this common currency. All euro banknotes and coins are legal tender in all countries. One euro is split into 100 cents. The euro is denoted by the symbol € and has the ISO code EUR. The cent has...

Short pants are generally not allowed in public places (hospitals, etc.). When visiting monasteries and cathedrals, dress modestly. Taking off the lower half of a swimsuit on a beach would certainly cause a fuss and is usually reserved for authorized nudist beaches. When toasting and clutching glasses, you must look the...

Wi-Fi Customers may connect to Wi-Fi in cafes and cafeterias, and most hotels provide Wi-Fi in common areas for their guests. Wi-Fi is also available in certain major tourist locations. When utilizing unprotected wifi networks, keep security in mind. Mobile phones and SIM cards Sim cards for mobile phones are currently available for...

Montenegrin is the official language. It is almost identical to Serbian, Croatian, and Bosnian. Albanian is widely spoken in municipalities with an Albanian majority (Ulcinj) or a significant minority (Plav, Gusinje), as well as the Malesia area in Podgorica municipality. Slovenian and Macedonian may also be spoken. Despite the...

Throughout history, a number of influences have influenced Montenegro's culture. Orthodox, Slavic, Central European, and maritime Adriatic cultures (particularly in areas of Italy, such as the Republic of Venice) have had the most impact in recent centuries. Montenegro has numerous important cultural and historical sites, including pre-Romanesque, Gothic, and Baroque...

Ancient times The Illyrians were the earliest known inhabitants of the area, coming in the late Iron Age. By 1000 BC, the Illyrian language and civilization had spread across the Balkans. Interaction between tribes was not always amicable — hill forts were the most frequent type of habitation – but...

Montenegro is a relatively safe nation. There are a lot of criminal activities in the country, like in other nations, but police forces are usually quick in their tasks. The number is 122, as is the international distress call number 112. It is advised that you stick to the...