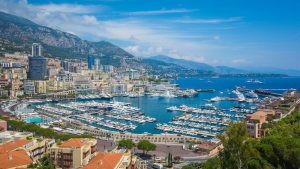 EuropeMonacoHow To Travel Around Monaco

Walking is by far the best method to travel about Monaco; nevertheless, certain places, such as the Exotic Gardens, need a significant shift in elevation and therefore demand hard treks. There are also seven public escalators and elevators (all of which are free) to assist in navigating the city’s steep hills. If you’re on foot and want to go to the other side of Port Hercule, search for the tiny pedestrian-only boat, which operates every 20 minutes or so throughout the day and costs just €1.

The Compagnie des Autobus Monaco operates an urban bus service via the city’s five bus routes (designated 1, 2, 4, 5, and 6) that serve 143 stops. Each stop displays the bus number(s) that stop there, and most have a real-time display that shows the wait time for the next service. Each stop includes a name and a map of the network. The service typically begins at 6 a.m. and continues until about 9 p.m. Tickets may be bought on board the buses (2€) or at numerous news vendors, businesses around the city, and auto ticket machines at the stops (1.50€) – frequently, this will be announced. A day pass costs €5 (7/2012) and enables you to ride the buses all day. It may also be bought on the bus. From 22.00 to 04.00, a night bus service runs on a round circuit.

You may simply hire a scooter in Nice and ride it east along the coastline towards Monaco. The sights are breathtaking, and the trip down the winding coastal road is thrilling. There are many free parking areas. Theft is not a problem since there are cameras and cops everywhere. To rent one while you’re there, you must be at least 16 years old.

Bicycles may be rented at the Auto-Moto-Garage on Rue de Millo.

Private vehicles are completely worthless for travelling about Monaco, since you’ll spend more time looking for parking than you would if you walked or hired a cab instead.

International automobile rental firms have offices at both the Nice airport and in Monte Carlo. These companies include Avis, Gare Monte Carlo, Europcar, and Hertz; drivers must have had a national driving license for at least one year, and the fee is typically paid using the driver’s credit card. Driving in Monte Carlo’s city center may be frightening due to high traffic – but, it is frequently worth it to drive alongside the city’s most costly cars! If you are not accustomed to driving manual, be sure you request a vehicle with an automatic transmission.

Taxis cannot be hailed on the streets (they will not stop), and there are two major taxi stands operating 24 hours a day at the Avenue de Monte Carlo and the train station, but it is always better to agree on a price ahead of time or ensure the meter is running. The majority of hotels will provide cabs or courtesy drivers. It is important to get the taxi service phone number so that you may summon a cab from wherever you are.

Money The euro (€) is used in Monaco, and it is split into 100 cents. Currency exchange is simple for a variety of currencies. ATMs are widely available. Shopping Shopping in Monte Carlo is generally very exclusive, and it is not a place to go on a budget. There are many locations where...

Food in Monaco The food in Monaco is generally superb. From the Cafe de Paris across the street from the casino to the waterfront eateries along the Port de Fontvieille, there are many excellent restaurants to choose from. During the winter months, the restaurants are reasonably priced—for Monaco. The bouillabaisse...

The principality of Monaco has an excellent mix of ancient and contemporary attractions. There are museums, palaces, retail malls, and casinos to visit. Monaco also has places to rest along the port and even near the attractions. If you take the time to understand where the different "short cuts"...

Things To Do in Monaco

Hike or drive up Tête de Chien ("Dogs Head"). Enjoy one of the most breathtaking views of Monaco. Another excellent spot nearby with an amazing view can be found just north of the "Fort de la Tête de Chien."Hike along the coastal path from Monaco to Carnoles. A lovely stroll with...

Monaco Grand Prix (Grand Prix de Monaco),  +377 93 15 26 24, e-mail: [email protected] The most well-known Formula One Grand Prix is held on the streets of Monaco. It is also one of Europe's most important social events of the year. Every year in mid-May, the Automobile Club of Monaco stages this magnificent Formula...

Monaco is a secure, crime-free environment with a robust police presence. It boasts the lowest murder rate of any nation in the world, as well as one of the lowest total crime rates. Because of their prosperous status, every public area is covered with cameras, and any kind of...