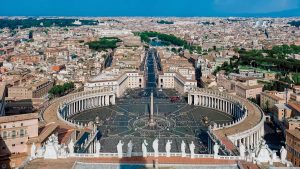 Italian (italiano) is the language originally spoken by most Italians. Each region of Italy has a distinct Romance language in addition to Italian, which may or may not be the native language of the inhabitants, depending on the region: in regions such as Rome or Milan, Italian is now mainly spoken with a slight local influence, while in rural areas the local language is more common; however, people are generally bilingual. Although Italians refer to their mother tongues as “dialects”, in practice they are languages in their own right, a bit like Chinese languages; they have their own spelling and do not always belong to the same language family as Italian.

A good phrase book will be very useful if you are going to a remote place, while in most big cities you will find many people who understand English, Spanish or French. But even in these areas, Italians will be happy if you try to speak Italian or the local language and will try to understand you even if you make many mistakes. If you want your mistakes corrected so that you learn the language better, remember to ask before you start a conversation. Some Italians will not correct you out of politeness. They also appreciate your efforts to speak their language, even if you do it badly, and will not take too much offence at your mistakes.

English is spoken at different levels in busy tourist areas where it can be used by traders and tour operators. If you want to speak in English, try talking in Italian and ask the person if they understand English before continuing.

In South Tyrol, the majority of inhabitants also have Austro-Bavarian, a dialect of German, as their mother tongue (except in the provincial capital of Bolzano), and German (spoken by almost all Austro-Bavarian speakers) is an official language of the autonomous province, along with Italian (these regions were part of the Austro-Hungarian Empire until the end of the First World War).

The Romance languages Spanish, French and Portuguese are not as widely spoken, but as they are very similar to Italian, many will recognise certain words and make themselves understood. In the north-western region (Valle d’Aosta) there are French-speaking and Franco-Provençal minorities. Italian sounds a bit like Spanish. So if you speak Spanish, the locals will usually have no problem confusing you, and you should also find it easy to get by in Italian.

In the northern part of Italy, there are small clusters of other Romance languages such as Ladin, a Romansh language related to Romansh in Switzerland. Friulano, another Rhaeto-Romance language, is still spoken by a small minority in the province bordering Slovenia. In the southern regions of Calabria and Puglia there are several small areas with Greek-speaking communities, and in Puglia, Calabria and Sicily there are an estimated 100,000 Albanian speakers – some of whom emigrated in the Middle Ages and therefore speak the language Arberesh, which has a more medieval sound. Some regions have additional official languages: German in South Tyrol, Slovenian in Friuli Venezia Giulia and French in Valle d’Aosta.

Slovene is the mother tongue in parts of Friuli-Venezia Giulia, along with Italian, and is widely spoken in villages near the Slovenian border and in Trieste. In almost all cases, Slovenian speakers also speak Italian.

By plane The largest airports are served by the major European airlines. Intercontinental airlines mainly land in Rome and Milan, with Rome being the main international gateway to the country. Most mid-range international flights arrive in the following Italian cities: Rome - with two airports: Fiumicino (FCO - Leonardo da Vinci) and...

There is so much to see in Italy that it is hard to know where to start. Practically every little village has one or two interesting places, plus a few other things to see. Etruscan Italy. If you're short on time and can't travel outside the big cities, don't miss...