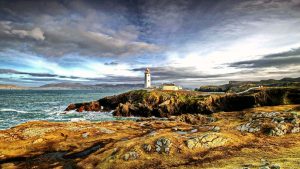 EuropeIrelandThings To Do in Ireland

Bus Excursions – For travelers on a budget who want to see Ireland, there are a number of low-cost bus tours available in virtually every region of the nation. These excursions may vary from hop-on, hop-off bus tours in major cities like Dublin and Cork to 5-day journeys to some of the country’s most beautiful areas. The bus drivers/guides are usually knowledgeable about Irish history and love telling local stories and music to anybody willing to listen.

Irish people are passionate about their sport. The Gaelic Athletic Association, or GAA, is Ireland’s biggest and most well-known sports organization, as well as the world’s largest amateur sporting organization. Ireland’s two national sports, Gaelic Football and Hurling, are governed by the GAA. Gaelic Football may be characterized as a mix between soccer and rugby for those who have never seen it, but there is much more to it than that. Hurling is the world’s fastest field sport. It is closest to the field hockey family if it could be classified as a group of sports, but Hurling is distinct. A trip to Ireland would not be complete without watching a Gaelic Football or Hurling match, preferably live but at the very least on TV, particularly during the summer months. The most important matches of the year take place throughout the summer, culminating in the two finals, which are held on two consecutive Sundays in September. The All-Ireland Hurling Final is usually held on the first Sunday in September, whereas the All-Ireland Football Final is usually held on the third Sunday. Because these are Ireland’s two most important sports events, tickets are scarce. Croke Park, which will host the two finals, has an 82,300-seat capacity, making it one of Europe’s biggest stadiums. Those who are unable to get tickets will congregate around TVs and radios, and Irish people all around the globe will be watching or listening to the finals.

While Gaelic Football and Hurling are the two most popular sports in Ireland, there is plenty more to choose from. Ireland is a global leader in racing horse breeding and training. There are many race courses across the nation, as well as numerous large racing events held throughout the year.

Another popular sport in Ireland is golf. There are many excellent pros in Ireland, but there are also numerous golf courses around the nation for visitors. Golf vacations are quite popular.

In Ireland, soccer and rugby are also popular. The Irish rugby squad, in particular, is regarded as one of the finest in the world. Many soccer teams in Ireland, such as Shamrock Rovers, Bohemians, Sligo Rovers, Shelbourne, and others, provide tickets for as low as €15 for a full match, and many local supporters will show you around. There are many contests in both sports.

Ireland, being an island, offers a variety of water activities. In Ireland, sailing is quite popular. Even though the weather isn’t always perfect, Ireland’s west coast boasts extremely high waves, which are excellent for surfing. Kitesurfing is becoming more popular in Ireland every day, from east to west. Check Dollymount in Dublin City, Rush, Bettystown, Blackrock / Dundalk on the East Coast and Sligo (Rosses Point), Donegal, Kerry on the West Coast

All of these, as well as a variety of other sports, are available in Ireland. So, if you’re looking for a sports vacation, Ireland is a good choice.