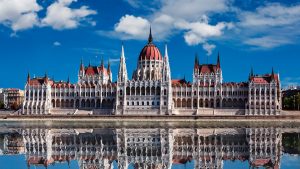 EuropeHungaryThings To Do in Hungary

Birdwatching Hungary is a great location for a birding vacation. The puszta consists of forested slopes, extensive fish pond systems, and grasslands. The Kiskunsag and Hortobagy National Parks, as well as the Aggtelek, Bukk, and Zemplen Hills, are particularly beautiful.

Riding a horse Hungary is an excellent nation for horseback riding due to its vast open landscape and ancient equestrian traditions. The south’s wide open plains and the north’s wooded hills provide a variety of riding terrain.

Hungary is rich in thermal waters, with over 1000 thermal springs, many of which have been converted into baths and spas. The most well-known are Budapest’s Szechenyi baths. However, there are hundreds of separate baths located across the nation. Some good examples are the Miskolc-Tapolca cave baths and the Egerszalók spa.