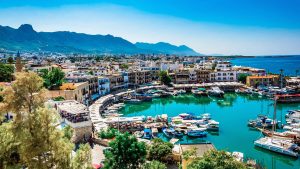 Cyprus has long been a pricey tourist destination. Except for a few agricultural goods, almost else must be imported. The cost of living in Cyprus is similar to that of Central Europe, particularly in tourist areas. Examples of prices: A pack of smokes costs €4, a cheeseburger costs €5-€7, squids cost around €10, and a steak costs about €20. Away from the tourist hotels and beaches, costs are considerably more reasonable.

Cyprus is a eurozone country. It is one of many European nations that utilize the Euro. All euro banknotes and coins are legal tender across the EU.

If you have some old Cypriot pounds hanging around, the Central Bank of Cyprus in Nicosia will exchange them for €1 at a rate of CYP 0.585274.

The Turkish lira is used in Northern Cyprus (TRY). Euros are usually accepted in tourist areas, although at the disadvantageous rate of €1 purchasing 2 TRY rather than 2.4 TRY. There are also a lot of ATMs in the north.