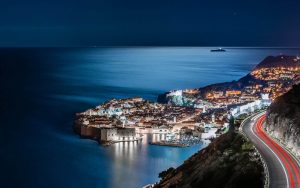 Don’t forget that the 1990s were marked by ethnic conflicts and that the bloody and brutal war in Croatia is still a painful topic, but in general it should not be a problem if you approach the subject with respect. Visitors will find that domestic politics and European affairs are daily topics of conversation in Croatia.

Visitors should avoid referring to Croatia as a Balkan country, as Croats prefer to see their country as Mediterranean and Central European and some will take offence at the word “Balkan”. Geographically, southern and coastal Croatia is part of the Balkans, while the regions north of the Sava and Kupa rivers are not.

Socially, the expressions of affection of the younger generation are the same as in Western Europe, but the older generation (over 65) remains quite conservative.

On country roads, especially when a driver has to stop to let you pass, it is customary to thank the other driver by raising your hand from the steering wheel.

Most Croatians will respond to a “thank you” with something like “it was nothing” or “not at all”, which is equivalent to “don’t mention it”.

Food in Croatia Croatian cuisine is very diverse, so it is difficult to say which dish is most typically Croatian. In the eastern continental regions (Slavonija and Baranja), spicy sausages like kulen or kulenova seka are a must. Čobanac ("shepherd's stew") is a mixture of different meats with lots of...