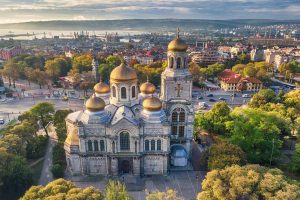 EuropeBulgariaThings To See in Bulgaria

There is a great variety of historical, natural, religious and artistic sights to see in Bulgaria. Throughout the country there are remains from different eras and periods, societies and peoples, spiritual and artistic figures, creating a beautiful blend of ethnic culture full of unique traditions and rituals, combined with a sense of belonging to the movements that shaped the world as we know it today. The Bulgarian tourism movement, founded more than a hundred years ago, has promoted the recognition of all the sights that make up the special Bulgarian identity through the programme “100 Tourist Attractions in Bulgaria” [www], which includes most of Bulgaria’s “must-see” attractions. Of course, the programme now includes more than 250 unique sights, but the names are still relevant today. Here are some of the most popular sites:

There are many unique and interesting traditional rituals to be seen in Bulgarian culture, some of which have existed since pagan times and are still practised. Some of the most interesting rituals are: