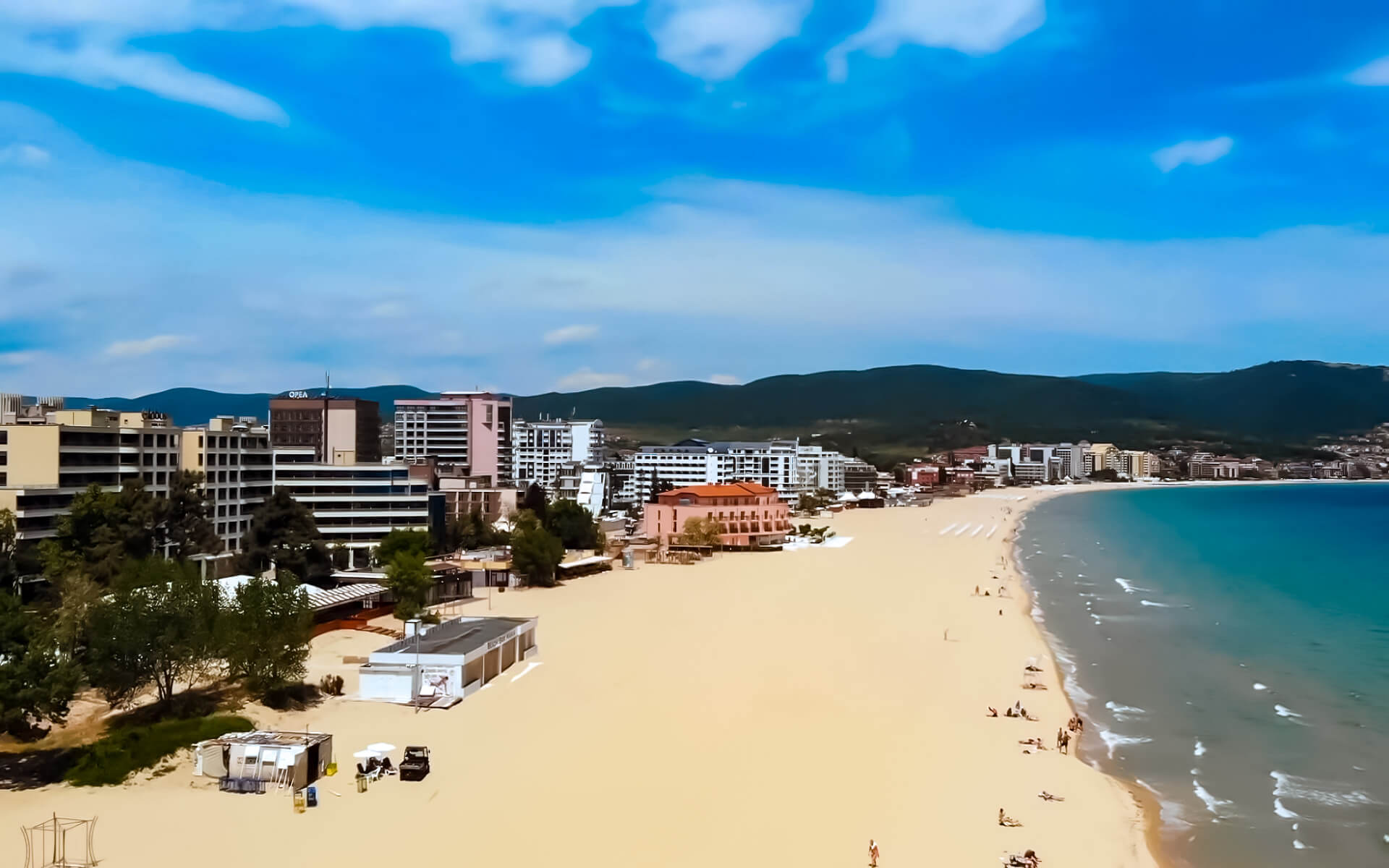 Sunny Beach (Bulgarian: Слънчев бpяг, Slunchev bryag) is Bulgaria’s biggest beach resort. It is located on the southern end of Bulgaria’s Black Sea Riviera. Stretching along a lovely semicircular bay to the east. The falling slopes of the Balkan Range keep it closed to the north, merging sea and mountain in perfect harmony.

Sunny Beach revolves entirely on tourism. It has the sense of a carnival rather than a city. It is a relatively new resort that has been developed from the ground up since the 1960s, therefore it has nothing in common with other sections of Bulgaria. You might be in Salou or any other party town. Sunny Beach is ideal for sunbathers of all ages since it has a Blue Flag beach with smooth sand, a variety of activities, and places to eat and drink. There are several locations to stay in and near Sunny Beach, ranging from cozy and friendly guest homes to massive and magnificent hotels that provide 24-hour entertainment for vacationers.

The tourist season is just a few months long. Sunny Beach is the most popular party location for high school seniors, so things start to heat up at the end of May with the start of prom season. By the beginning of June, the resort is operating “at full capacity.” The season ends in mid-September, when most stores begin to discount and the clubs, cafés, and restaurants that remain open operate shorter hours.

Because to the resort’s growth down the coast, the neighboring villages of Sveti Vlas to the north and Nessebar to the south have virtually amalgamated with Sunny Beach.

Sunny Beach has a very small permanent population, but during the summer the resort is home to many thousands of tourists. The main strip of high-rise hotels backing onto the beach is 5 kilometers long and extends along a wide bay between Sveti Vlas and Nessebar.