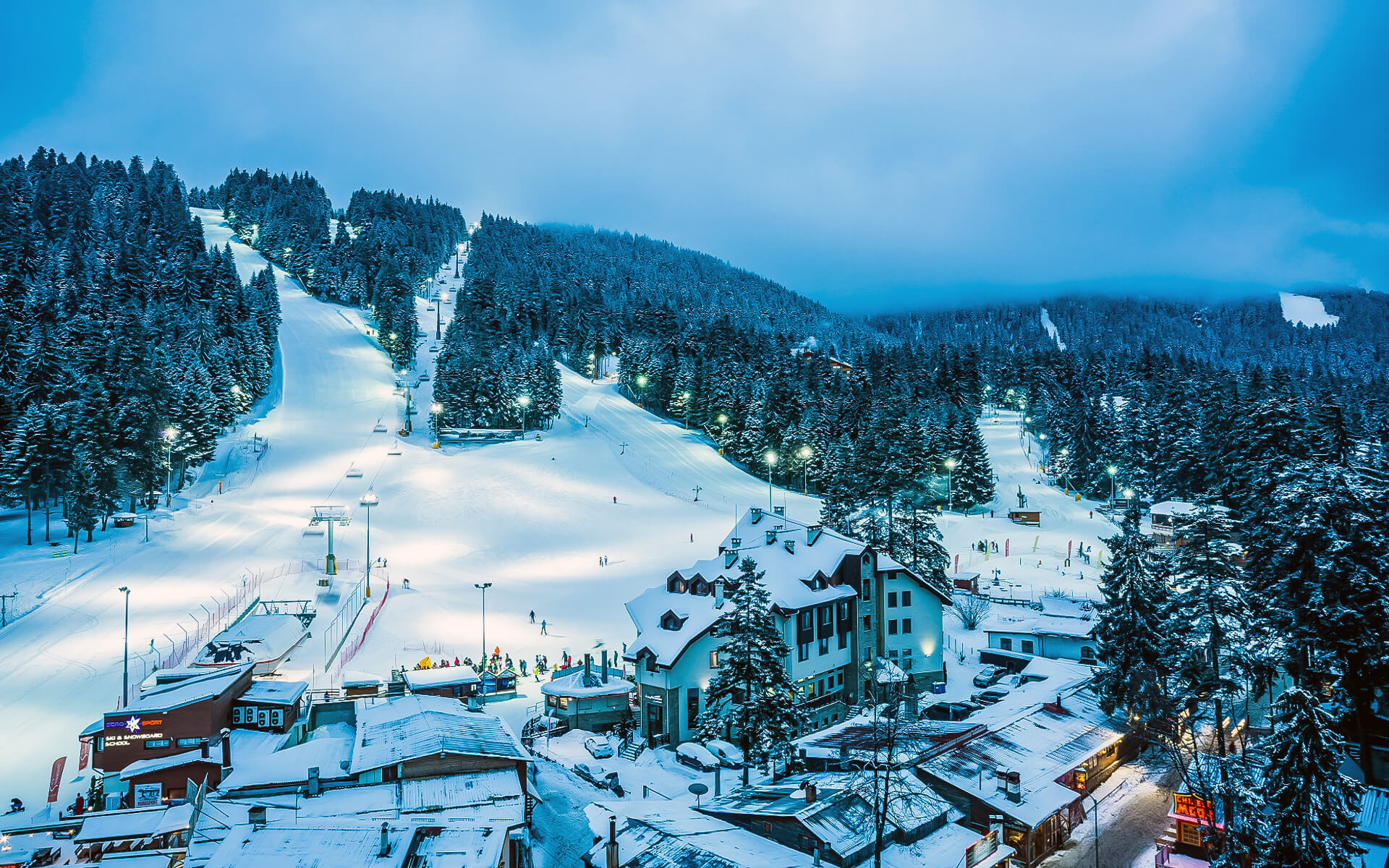 Borovets ski resort is 12 kilometers from Samokov and 72 kilometers from Sofia, Bulgaria’s capital. The resort is located in the eastern section of the Rila mountain on the northern slopes of the Mousala ridge. Borovets is nestled in ancient pine trees 1390 meters above sea level. Borovets ski center’s highest pistes are 2600 meters above sea level.

Borovets is a contemporary ski resort featuring upscale hotels, shops, pubs, and restaurants. The resort has great skiing facilities, including pistes and lifts. Skiing, snowboarding, night skiing, cross-country skiing, biathlon, ski jumps, ski-dooing, and other winter sports may be played on the slopes.

The resort’s winter is warm, with plenty of snow. In January, the average temperature is 4.8oC. From December through April, the slopes are covered with snow. Borovets’ air is clean, and the climate is regarded to be healthy.

The Super Borovets project is one of the most significant and costly investment and development initiatives in Bulgarian history. Borovets will be expanded to include the neighbouring towns of Samokov and Beli Iskar. There will be three floors to the resort:

Level 1 or Low Borovets: A fresh new development just outside Samokov, this region will appeal to less affluent visitors, but will have strong links and transportation to Borovets and the major ski resort. This project will create around 5,000 hotel rooms.

Level 2 or Borovets: Existing Borovets with significant investment and development. This will supply around 10,000 hotel rooms (roughly what Borovets already supplies) and will continue to be the primary lodging area.

Level 3 or Super Borovets: This will cater to customers seeking 5 star hotels and a luxury experience, however it will only have 2,500 hotel rooms.

The architects’ current proposal (subject to assessment and approval by the ecological team) is to increase the number of pistes by creating 19 additional pistes, increasing the total ski-able area to roughly 90 km. Twelve additional ski-lifts will be developed to meet the increased demand for ski-lifts and gondolas. One of these lifts will be a multi-station gondola connecting Borovets and Samokov, providing skiers with quick access to the slopes from the Lower Borovets development site.

The project was began in 2004 and was supposed to be finished by 2009, however it has been delayed due to a number of difficulties. The proposal was subsequently approved in October 2007, despite resistance from environmentalists. However, little had changed by February 2010, with the whole project stuck in financial issues as a consequence of the late-2000s financial crisis, and the project’s supporters denied that construction had resumed.

Borovets, like other ski resorts, is quieter in the summer, but there is always horseback riding by the hour or 1 to 7-day vacations on the great mountain and forest trails and roads, and more lately, mountain biking has grown popular, with many dedicated courses including purpose-built jumps. During the summer, the lifts are operational, and cyclists may ride their bikes up on them. On various days, different elevators are operational. Hiking and fishing at the nearby trout fishery are among popular pastimes.

The Kings Palace (Tsarska Bistritsa) is open from 10 a.m. to 5 p.m. on Fridays and Sundays and costs 3 leva to enter.

Borovets is the place to go if you’re new to skiing and don’t want to spend your cash on a luxury French resort. On the moderate nursery slopes directly opposite the Rila Hotel, beginners will get a high grade of English-speaking tuition (for a very cheap charge). And, since this is a ski-in/ski-out hamlet, you’ll be only a short walk from your hotel after your ski day is done.

Borovets is a nice resort for intermediates who want a variety of runs. The six-person Yastrebets gondola is part of the well-planned lift system.

The tough World Cup run, one of the most difficult pistes in the Yastrebets region, or the great off-piste and skiing through the woods await the skilled skier.

Borovets is claimed to be one of the top riding grounds in Bulgaria, as well as one of the tallest in Eastern Europe, with runs exceeding 2,500 meters. It features a variety of terrain, including wide pistes, interesting runs through the forests, and even a half-pipe at Rotata. If you’re a newbie, the superb English-speaking instructors will help you get your bearings, and if you’re an expert skier, the Snowpark Borovets will keep you occupied. The 300m-long terrain park featuring rails, boxes, a wall ride, and an air bag is located at the foot of the Martinovi Baraki 2.