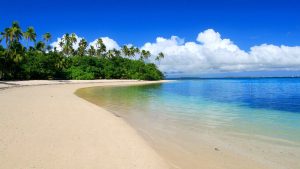 Australia and OceaniaTongaTraditions & Customs in Tonga

Keep your knees covered for maximum respect (both men and women). Keep your shirt on everywhere except the beach. Topless guys from cruise ships have been caught and detained until the ship has departed! This is a highly religiously strict Christian nation. Remember that Sunday is highly respected; the overwhelming majority of the people will attend religious services, there will be very few businesses open, and there will be very little to do. Hotels, as well as certain restaurants and beach resorts, will be open, mostly to service expats and visitors. Small businesses, including a famous bakery in Nuku’alofa, may open later on Sunday afternoon.

On Sundays, television stations either shut or broadcast Christian programming. On Sundays, radio stations will also broadcast religious programming. To make up for it, the Nuku’alofa theater typically holds a showing just after midnight on Monday morning.

Tonga has a diverse range of Christian faiths, with the Methodist church in particular having a strong influence. Many of the services are a lot of fun. Make friends with some locals and, despite the absence of commercial activity, you will have no trouble finding a pleasant Sunday experience.