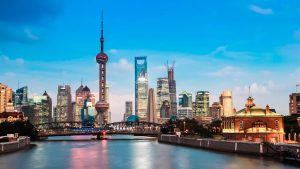 You could say that in New Zealand it is the landscape that is beautiful, and perhaps nowhere more so than in the Southern Alps of the South Island. In Mackenzie country, the jagged snowy peaks rising above the turquoise lakes have inspired many postcards. The country’s highest peak, Mount Aoraki Cook, nestles behind. The lakes and mountains continue south, providing a stunning backdrop to the towns of Wanaka, Queenstown and Glenorchy.

Another area where mountains meet water is Fiordland National Park, where steep, densely forested mountains rise from the sea. The most accessible and perhaps one of the most beautiful is Milford Sound. The drive there is spectacular and the views are even more spectacular when you arrive.

Glaciers may not be the first thing that comes to mind when you think of an island in the South Pacific, but New Zealand has several. The most famous are the Fox and Franz Josef glaciers in the Westland National Park. These glaciers are unique in their proximity to sea level and are supported by the enormous amounts of precipitation that fall on the west coast of New Zealand.

New Zealand is a geological hotspot and has many dormant and active volcanoes, geysers and hot springs. The best place to start is Rotorua, where the smell of sulphur lets you know you’re close to the action. There are many parks in the area with geysers and hot springs, and Mount Tarawera, the site of one of New Zealand’s most famous eruptions, is just a short drive away.

South of Rotorua, the town of Taupo lies on the shores of the country’s largest lake, which was formed 26,500 years ago in a massive volcanic explosion and increased in size 1,800 years ago in an equally massive explosion (it would have turned the skies over China and Rome red). Beyond Lake Taupo is Tongariro National Park, dominated by its three volcanoes, Tongariro, Ngauruhoe and Ruapehu. All three mountains are still active (Tongariro last erupted in 2012) and Ruapehu has a crater lake that can be seen while hiking. Ngauruhoe is famous for its role as Mt Doom in the Lord of the Rings trilogy.

North-east of Rotorua is Whakatane, with excursions to White Island, a volcanic island not far from the coast. The island is truly another world with its plume of smoke, green crater lake and pohutukawa trees clinging to a fragile existence on the volcanic rock.

Extinct and dormant volcanoes dot the landscape in many other areas, including Taranaki and three of the largest cities (Auckland, Christchurch and Dunedin). Hot springs are scattered throughout the country and are often popular bathing spots.

New Zealand is so isolated that it has some very special plants and animals. One of the most impressive is the kauri, one of the largest tree species in the world. There are only a few of these giants left (due to overpopulation), but you can catch a glimpse of them on a visit to Waipoua Forest in the Northland. New Zealand has a large number of ferns for a temperate country, including the silver fern, the national “flower”.

The beaches of the South Island, especially those of the Catlins and the Otago Peninsula, are good places to see marine animals such as penguins, seals and sea lions in their natural habitat. The Otago Peninsula is also known for its albatross colony.

Unfortunately, the introduction of parasites and human activities have meant that many of New Zealand’s most unique animals are now threatened with extinction and can only really be seen in captivity. This is the case with the kiwi, the country’s national bird; this nocturnal, flightless bird the size of a chicken is unique because it has its nostrils at the end of its beak and lays the largest egg in the world for its size. Other unique (yet endangered) wildlife species include the takahe, the kakapo (made world famous by the “rare parrot” incident) and the tuatara (a small reptile thought to have existed in the time of the dinosaurs). One of these non-indigenous parasites is the brush-tailed opossum, which was imported from Australia for its silky fur used to make warm, lightweight knitwear.

New Zealand’s national parks are maintained by the Department of Conservation (DOC) and various local governments. Access is generally free, but may be restricted in some parks at certain times of the year due to weather conditions (e.g. avalanche danger) or agricultural requirements (e.g. lambing season). Up-to-date information on accessibility is best obtained from local tourist information centres.

Proposals to eradicate or heavily manage non-native animals are a controversial issue in New Zealand. The most common means of pest control are poison baits. They are applied by ground-based bait stations or, more cost-effectively (though controversially), by helicopter drops. The Department of Conservation and OSPRI/TBfreeNZ provide pesticide summaries that include warnings, maps of affected areas and poisons used. These pesticide summaries are updated regularly.

Although the landscape is New Zealand’s main attraction, it is worth spending some time in the cities. Auckland is a pleasant city with its coastal neighbourhoods like Viaduct Harbour and Mission Bay, its ancient volcanoes (Mt Eden and One Tree Hill), a handful of museums and the Sky Tower, the tallest freestanding building in the southern hemisphere. The most interesting architecture and the beautiful Te Papa Museum are in Wellington, the capital. Napier is worth a visit, if you have time, for its Art Deco shopping centre and Christchurch is interesting for its English character.