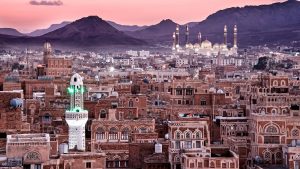 AsiaYemenHow To Travel Around Yemen

Yemen is difficult to navigate since foreign nationals need travel permits and independent travel is prohibited in certain areas. The eastern Mahra area lacks road infrastructure, while the rest of Yemen has hundreds of kilometers of freshly constructed highways. If you are an adventurous tourist, local transportation (taxis, buses, and planes) is ideal for getting about on the cheap. Yemen’s Ministry of Tourism has a website. Be warned that there are numerous unregistered tour operators in Yemen that provide poor quality services, provide irrelevant information, and often fail to provide all paid services. If you go with an unregistered tour operator or service provider, the Ministry of Tourism will be unable to assist you in the event of a problem.

Many visitors prefer a vehicle (ideally 4WD) for excursions outside of the city and may opt to hire a driver via a local travel agency. More daring visitors can definitely take advantage of the local intracity bus service, which is inexpensive, pleasant, and a fantastic way to explore the nation. The buses typically stop every hour or so, making it a slower(er) but far more fascinating way to travel for people looking for an adventure and some pleasant chat. Yemitco is Yemen’s largest corporation, with headquarters in major cities.

Furthermore, any travel outside of the city will require a travel permit (tasriih) from the tourist police, whose station is located 30 meters up the canal from the Arabian Felix Hotel. You’ll need your passport, a list of locations, and an idea of how long you’ll be staying outside of the capital. There are no pictures needed, however carry a photocopy of your visa and the picture page in your passport since the photocopier there often does not function. This takes about 15 minutes. The office is closed from 12 until (say) 14:00. The tasriih is then photocopied and handed over at military checkpoints along the route. This may seem cumbersome, but it is intended to prevent visitors from unintentionally entering regions of tribal strife – and vice versa. Some parts of the nation are off-limits to visit without military protection, while others are completely off-limits. While the idea of keeping educated about local circumstances in your planned locations is overused, it is critical in Yemen, where failing to do so may result in kidnappings or worse. If you travel to major cities in Yemen, such as Aden or Al-Hudaida, no tasriih is required.

Yemen has the typical Middle Eastern shared taxi system. Every city and many villages have at least one shared taxi (bijou, from Peugeot) station from which vehicles go to various locations. Simply ask anybody where you want to go and they will guide you in the direction of a vehicle that will take you there. The driver will not leave until all seats are fully occupied, which means two persons in the passenger seat, four in the center, and three in the rear in a normal Peugeot, which is usually often used for this purpose. You may pay for two seats or the whole row if you wish to travel in luxury. If you’re a woman traveling alone, you may be given two front-row tickets for the price of one, but you’ll almost always be asked to pay for both.