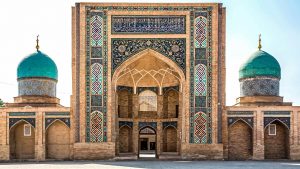 Uzbekistan’s border regions with Afghanistan should be avoided unless absolutely necessary. Extreme care is also advised in parts of the Ferghana Valley that border Tajikistan and Kyrgyzstan. A number of security events have occurred in this area, as well as numerous exchanges of gunfire across the Uzbek/Kyrgyz border. Some border regions are mined as well. Travelers should avoid these locations and only cross at approved border crossing points.

Uzbekistan is usually safe for tourists, which may be a byproduct of a police state. There have been many anecdotal (and a considerable number of recorded) claims of an upsurge in street crime, notably in major cities such as Tashkent. There has been an upsurge in violent crime as a result of this. Because the state-controlled press seldom, if ever, covers street crime, information about crime is mainly accessible solely via word of mouth – both among residents and among the expat population. As Uzbekistan’s economic situation worsens, street violence is on the rise.

Normal care should be taken, just as they would in any other nation. Be cautious after dark, especially in cities (few travelers would spend much time overnight in tiny towns), avoid unlit places, and don’t wander alone. Even during the day, avoid publicly displaying large sums of money. Wallets should be kept in a front pocket for males, while purses should be kept in front of them with a strap over an arm for ladies. Avoid wearing showy or expensive jewelry that may be readily stolen.

Scams are not uncommon. One of the most frequent (and not unique to Uzbekistan) includes a stranger approaching the victim and claiming to have discovered cash on the street. They will then attempt to recruit your participation in a complex plan that will result in you “sharing” the money – but only after you have put up some of your own. The whole situation is absurd, yet it seems that enough selfish foreigners fell for it that it will continue. If someone approaches you with the “found cash” technique, tell them right immediately (in whichever language you choose) that you are not interested and go away.

Also, be wary of those who promise to show you the “nightlife.” This should be avoided at all costs, but some tourists seem to have left their common sense at home.

While all of these measures should be taken while traveling elsewhere in the globe, many visitors in Uzbekistan seem to relax their guard. They should not do so.

It is also likely that you may be questioned for papers by the police (Militsiya). This doesn’t happen very frequently, but it may happen, and they have the legal authority to do so. By law, you must take your passport and visa with you in Uzbekistan; nevertheless, it is preferable to create a color scan of the first two pages of your passport and your Uzbek visa before arriving. Carry the color copies with you when you go out, and keep the originals in the hotel safe. Scanned papers are nearly always sufficient. If not, inform the Militsiya officer that he must come to your hotel to view the originals. Unless they have anything unusual in mind (such as a bribe), they will nearly always grin and urge you to follow along. Always be courteous, yet forceful, while dealing with the Militsiya. While nearly all of them accept bribes, the majority of them accept them from locals. They realize, for the most part, that going too far with a foreigner would only bring them difficulties, particularly if the foreigner is not aggressive or terrified.

One thing to keep in mind regarding locals wanting to show you around: It is typical for younger Uzbeks (mainly men) who speak English to “meet” tourists at local hotels and volunteer to act as interpreters and guides. This is done in broad daylight, typically at or near some of the smaller but nicer hotels. Both the local and the tourist may benefit from this. The native is generally attempting to improve their English or French (sometimes other languages, but mainly English) while also earning a few dollars/euros. If you are approached by a clean-cut person offering such services and are interested, ask them about their background, what they propose to do for you, and how much they want to charge you (anywhere between $10 and $25 a day is reasonable depending on their services and how long they spend with you). The majority of genuine proposals will come from young individuals who have studied in the West on exchange programs and/or at Tashkent’s University of World Diplomacy and/or Languages. You should think about it if everything appears to match, their language skills are excellent, and they seem eager and courteous, but not aggressive. They should offer to show you museums, historical places, cafés, bazaars, cultural advice, and general directions. They should inquire as to what you want to see and/or do. This often works out nicely. However, do not try to participate in any kind of political debate for your or their safety.

Again, if they offer “night life” (or similar) services, DO NOT TAKE THEM UP ON THEIR OFFER.

Due to deteriorating ties between the United States and Uzbekistan in recent years, the US State Department has strongly discouraged American citizens against traveling to Uzbekistan.

Unlike many Western nations, Uzbekistan does not have a no-smoking regulation in pubs and restaurants. As a result, confined places, particularly in cold weather, may be extremely uncomfortable for nonsmokers.

Before eating fruits and vegetables, they should be peeled. Drinking Uzbek (locally made) vodka is not recommended. The majority of Uzbek vodkas are not only bad for you, but also hazardous to your health.