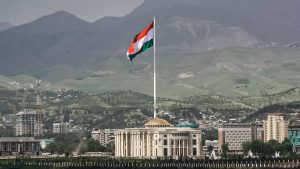 Ferghana Valley
Central Asia’s infamously turbulent, yet intriguing and culturally dynamic area encompasses three nations in one of the world’s most complicated political and geographical jumbles.

Khatlon
Tajikistan’s varied southwestern region, and the epicenter of the uprising that sparked the country’s catastrophic post-Soviet civil war.

Pamirs
One of the world’s highest mountain ranges, featuring towering vistas, hiking, climbing, and a breathtaking journey along the Pamir Highway.

Zeravshan
Beautiful valleys surrounded by the magnificent Fann Mountains, as well as old ruins near Panjakent.

Other destinations in Tajikistan

By minivan / shared taxi There are scheduled minivans connecting large cities, but otherwise, renting a car or sharing one with other people is the only method to travel throughout the nation. Prices are usually quoted per person, not per vehicle, and are split by the number of passengers. SUVs may...

For trips of up to 90 days, nationals of Armenia, Azerbaijan, Belarus, Georgia, Kazakhstan, Kyrgyzstan, Moldova, Mongolia, Russia, and Ukraine do not need a visa. Visas are becoming more simple to acquire, following the lead of other Central Asian nations, especially for citizens of affluent countries. This strategy is intended...

Hotels There are just a few major hotels in Dushanbe. The Hyatt Regency was newly constructed and opened its doors in March 2009. Another large hotel is the "Tajikistan" (recently refurbished), which is situated in the city center. Most are from the post-Soviet period and are overpriced and in bad...

Food in Tajikistan Tajikistan's cuisine is a mix of Central Asian, Afghan, and Pakistani cuisines, with a touch of Russian influence. If you like Russian cuisine, you will most likely have a pleasant gastronomic experience. If you find Russian cuisine dull, you may struggle here. Plov- Rice, meat or mutton, and...

Since October 2000, Somoni has been the national currency, and we utilize the ISO 4217 international currency code of TJS put before the quantity in all of our articles. When shopping locally, though, you may see a variety of notations put before or after the sum. TJS1, 3, 5, 10, 20,...

Early history The region's civilizations stretch back to at least the fourth millennium BCE, and include the Bronze Age Bactria–Margiana Archaeological Complex, the Andronovo cultures, and the UNESCO World Heritage site of Sarazm. The region's oldest documented history goes back to about 500 BCE, when most, if not all, of current...

Stay Safe in Tajikistan Tajikistan is a secure nation, but occasional factional warfare from neighboring Afghanistan (as well as local warlordism) persists. Visitors should be informed about the security situation and avoid taking needless risks. It is not safe to stroll about outdoors alone after nightfall, and it is not...