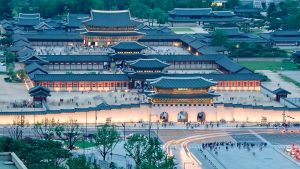 South Korea is split into nine administrative provinces, as shown below. Although the biggest cities are distinct entities from these provinces, we put them under the most relevant province for visitors.

Gyeonggi
Surrounding Seoul and near to the Korean Demilitarized Zone, which is covered with urban sprawl.

South Chungcheong
South Chungcheong is located in the country’s center western region. Rice paddies cover a flat area. It is renowned for its hot springs and serves as a crossroads for major railway lines and highways.

North Gyeongsang
North Gyeongsang is the province with the most historical and cultural landmarks, including Andong, Gyeongju, and the Ulleungdo islands.

South Gyeongsang
South Gyeongsang is renowned for its beautiful coastal towns and beaches, where the majority of Koreans spend their summer vacations.

South Jeolla
There are many lovely tiny islands and landscapes, delicious cuisine (particularly seafood near the coast), and excellent fishing opportunities.

Other destinations in South Korea