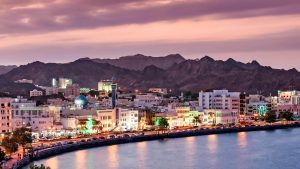 Sultan Qaboos is a person who is regarded in the greatest esteem – even reverence – by the overwhelming majority of Omanis and foreigners, since he has done more to build the country than any Arab leader, or most global leaders for that matter, in recent history. Visitors should not make any remarks or statements that may be seen as disrespectful.

The Omani people are usually modest and down-to-earth. Even though people seem to be less “uptight” than their neighbors, the normal norms of respect while traveling in a Muslim nation should be observed in Oman. Homosexuality is technically prohibited under Islamic law, although it is practiced discreetly; nevertheless, it is taboo to discuss such subjects here, as it is everywhere in the Gulf.

While Omanis are not required to say anything to foreigners dressed in exposing or tight clothes, it is regarded extremely rude. Yes, some tourists abuse the Omani people’s generosity by dressing inappropriately, but a little tact goes a long way. Women should always cover their shoulders, knees, and midriffs, and avoid wearing clothing that is too tight or too exposing. Shorts should only be worn by males for outside activities; in the city, longer shorts (i.e. at or below the knee) are acceptable.

Children, men, and women in Oman are likely to look at you just because you are a foreigner, particularly if you go off-season and to remote locations. This isn’t intended to be insulting; rather, it expresses curiosity, and a pleasant grin will have the youngsters laughing and showing off, while the grownups enjoy practicing their English words. Smiling, on the other hand, may not be a smart idea depending on where you are in Oman. Smile if you’re in a bigger region where the locals have had a lot of one-on-one time with outsiders. Except for tour guides, it is not recommended to smile at anyone of the opposite gender outside of Muscat and Salalah because nearly any interaction with the opposite gender (even holding doors open, picking up something that has fallen and handing it to the owner, eye contact, etc.) is viewed as flirtatious. It’s particularly essential for Western women to remember that to most Omani men, an innocent grin that says, “I see you watching me, do you need anything?” implies “I’m interested, come closer.” Because they live in such a gender-segregated culture, every opportunity to converse with someone of the other gender is generally seen as having at least semi-sexual connotations.

Under Omani law, an Omani may be prosecuted for insulting another person, whether it’s by calling them a derogatory term (such as “donkey,” “dog,” “pig,” “sheep,” and so on) or worse. Omanis, despite their “humble” nature, are highly sensitive to any criticism, whether personal, national, or perceived to be aimed towards the Gulf. Despite the fact that Saudi Arabia is a popular subject for jokes throughout the Arab world (particularly in the Levant), Omanis are not amused. What most Westerners would consider hypersensitivity is considered normal in Oman, owing to the fact that Omanis have grown up in an atmosphere where criticism and name-calling are almost forbidden. This is especially important for those who come to teach Omanis because, unlike in the Levant and parts of north Africa, where teasing and intellectual “jousting” can be used to build relationships or as a sign of friendship, it doesn’t work here and Omanis do not interpret it positively, except for those who have lived in the West or have worked with Westerners for extended periods of time. Teasing in general, whether regarding accents, clothing, cuisine, or anything else, is probably a poor idea here.

By plane Almost every international aircraft lands at Muscat (Seeb) International Airport (MCT). Salalah also has a limited number of regional international flights (SLL). Obtaining a visa on arrival in Salalah may be problematic due to the airport's tiny size and immigration officers' lack of change for bigger bills. Several airlines...

By plane The national airline, Oman Air, travels frequently between the country's two airports (Muscat/Seeb and Salalah). From the United Arab Emirates, Air Arabia currently flies to Salalah and Muscat (UAE). By bus The major cities in Oman are connected by frequent, daily bus routes (Muscat, Salalah, Sohar, Sur and Nizwa). From...

Citizens of the following countries may acquire a single entry visa upon arrival at any air, land, or sea terminal: Citizens of the European Union and other Europeans, including nationals of Iceland, Liechtenstein, Monaco, Norway, San Marino, Switzerland, and the Vatican City, but not of Cyprus and Malta. Albania, Andorra, Argentina,...

Oman offers a wide range of accommodations, from ultra-luxurious hotels to very primitive date palm-leaf cottages in the desert. Oman has been trying to transform itself into a five-star destination for well-heeled travelers in recent years, with five five-star hotels in Muscat. This is not an issue for budget-conscious Muscat...

Food in Oman The cuisine is mostly Arabic, Lebanese, Turkish, and Indian in origin. Many Omanis distinguish between "Arabic" and "Omani" cuisine, with the former referring to the common cuisines found across the Arabian Peninsula. Omani cuisine is generally milder and comes in big quantities; entire fish is not unusual at...

Currency The Omani rial (Arabic:, international currency code OMR) is the local currency of Muscat. One rial is made up of 1,000 baisa (sometimes spelled baiza in Arabic). The Omani rial is officially pegged to the US dollar at OMR1 = USD2.6008, making it one of the world's biggest units...

Ancient history In 2011, a site in Oman's Dhofar Governorate was found with more than 100 surface scatters of stone tools belonging to the late Nubian Complex, a geographically unique African lithic industry previously exclusively known from the northeast and Horn of Africa. The Arabian Nubian Complex is 106,000 years...

Stay Safe in Oman In Oman, homosexuality is illegal. Tourists who identify as LGBT should be cautious of their surroundings. Driving in Muscat may be difficult at times, although this is more due to traffic congestion than to poor driving on the part of the locals. Due to the vast expanses...