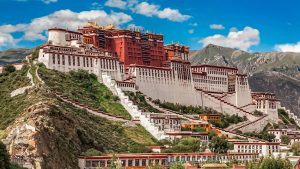 With hands together and fingers up, greet individuals with a warm Namaste (or “Namaskar” formal version – to an elder or high-status person). It’s used in lieu of greetings and farewells. It should only be spoken once per person, each day. ‘The divine in me salutes the divine in you,’ says the least watered-down definition.

Feet are seen as filthy. Do not point the soles of your shoes towards people or religious symbols. Avoid stepping over someone who is sitting or laying on the ground. Be aware of when it’s OK to take off your hat or shoes. Before entering a residential building, it is customary to remove your shoes.

Because it is used to wash after defecating, the left hand is considered dirty. In place of toilet paper, many Nepali hotels and guest houses feature bidet attachments, similar to a kitchen sink sprayer. Touching someone with your left hand is considered impolite. With the right hand, you should probe, take, and give something.

Smile, joke, and be pleasant while negotiating over costs. Allow for a fair profit margin. Don’t be a miser and criticize excellent workmanship; it’s far better to bemoan the fact that you can’t afford such opulence.

Non-Hindus are not permitted to enter specific areas of several Hindu temples. Be aware of this and respectful of it, since they are religious sites, not tourist attractions.

Being a non-Hindu is considered somewhat ‘impure’ by some Hindus. Allow someone to pour the water into your drinking container instead than touching the containers. Avoid handling food that will be consumed by others. Before entering someone’s home, be sure you’ve been invited. You may only be allowed to sit on the porch or in the yard. Shoes are often placed on the front porch or in a designated location near the entrance.

Hands should be washed before and after eating. If you’re not left-handed, just use your right hand to touch food.