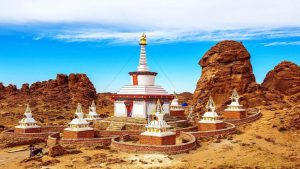 AsiaMongoliaThings To Do in Mongolia

Spend the night with a nomadic family, learn about their lifestyle, and share a dinner with them. They provide a true Mongolian experience. This is the most memorable aspect of any vacation, whether you travel just outside of the city or fly to the remote reaches of the nation. Depending on the tribal group, there are various differences in the experience.

The country is crossed by the Trans-Siberian Railway. Follow Marco Polo’s footsteps through Europe and Asia to Mongolia, where you may see Karakorum, the Mongol Empire’s historic capital.

Mongolia is the world’s least densely inhabited nation, with minimal growth outside of the capital and a handful of tiny towns. In many cases, there are no highways linking these communities. Mongolia’s clean setting means that adventurers will find plenty of open places to enjoy the outdoors. Tourists and adventurers alike travel through this huge region by vehicle, motorbike, bike, horse, camel, or foot. Typically, this entails camping by a river’s edge, traveling with a nomadic family, or staying in tiny wayside motels in provincial towns. There is excellent fishing along the route or on one of the numerous natural rivers and nature parks, especially fly fishing in the summer. Climbing the western highlands is popular, as is shooting the animals, flowers, and the many species that live or migrate through Mongolia.