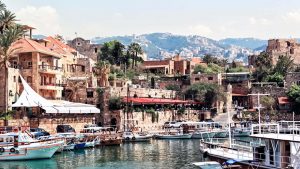 Lebanon observes national holidays as well as Christian and Muslim festivals. Both the Gregorian and Julian calendars are used to commemorate Christian festivals. The Gregorian Calendar is used by Greek Orthodox (save for Easter), Catholics, Protestants, and Melkite Christians, who celebrate Christmas on December 25. According to the Julian Calendar, Armenian Apostolic Christians celebrate Christmas on January 6th. The Islamic lunar calendar is used to determine Muslim festivals. Eid al-Fitr (the three-day feast at the end of the Ramadan month), Eid al-Adha (The Feast of the Sacrifice), which is observed during the annual pilgrimage to Mecca and commemorates Abraham’s willingness to sacrifice his son to God, the Birth of the Prophet Muhammad, and Ashura are among the Muslim holidays observed (the Shiite Day of Mourning). Workers Day, Independence Day, and Martyrs Day are all national holidays in Lebanon.