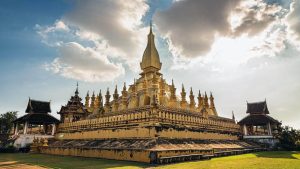 It is considered impolite to expose the soles of your feet in Thailand, as it is in other Buddhist nations. Never put your hand on someone’s head. Despite the widespread availability of inexpensive alcohol, getting inebriated is seen as rude and a loss of face.

Things move slowly in Laos, and things seldom go as to plan. Keep your calm, since the locals will regard any visitor who is enraged amusing. They’ll keep their cool, and expressing your rage will make everyone involved seem bad, and it won’t help you get things done faster, especially if you’re dealing with government bureaucracy.

Theravada Buddhism is the main religion in Laos, as it is in neighboring Thailand and Cambodia, which means that monks are respected and their responsibilities are taken seriously. Women are not allowed to touch or be touched by monks. Women should thus lay any offerings on a piece of cloth on the ground in front of a monk so that he may pick them up. Monks are also prohibited from receiving or handling money, and it is considered insulting in the local culture to give money to a monk. If you want to contribute, you should just give the monk food. Imitators are “monks” who hang around at tourist attractions asking contributions or accepting money. Monks are also forbidden from eating solid meals after midday and will cease collecting alms before that time. Even though they can comprehend and speak English, some people adopt a vow of silence and will not respond to you. If they seem hesitant, don’t force them to stand close to you for a picture or attempt to start a discussion with them.