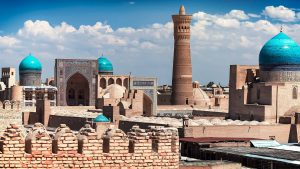 Kyrgyzstan is arguably Central Asia’s cheapest nation. A street snack may cost as low as half a dollar in the United States. A good meal will set you back about USD5. In budget home stay lodgings, sleeping is inexpensive. A twin room at a mid-range hotel costs about USD30 to USD60.

Changing money is a very simple process. Banks accept a wide range of major currencies, while money-changing booths, which are common in cities, usually only take US dollars, British pounds, euros, Russian rubles, and Kazakh tenges. Banks and money changers will not accept foreign cash that has been ripped, marked, excessively crumpled, or defaced in any manner, so double-check any notes you plan to bring into the nation for flaws.

Kyrgyzstan, like other Central Asian nations, has mostly a cash economy. Credit cards are used seldom. In Bishkek, ATMs are plentiful, and there are a few scattered across the country. Only Kazkommerts bank accepts MasterCard, Maestro, and Cirrus, and their ATMs are few and far between. At numerous ATMs, you can get US dollars or Kyrgyz som.