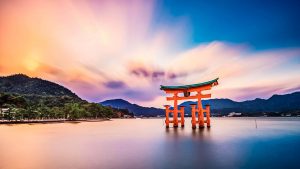 Most, if not all, Japanese are very understanding of a foreigner (gaijin or gaikokujin) who does not immediately adapt to their culture; indeed, the Japanese like to boast (with questionable credibility) that their language and culture are among the most difficult in the world to understand, so they are generally quite happy to help you if you seem to be having difficulty. However, Japanese will appreciate it if you at least follow the following rules, many of which boil down to the social norms of strict cleanliness and avoiding assaulting others (迷惑 meiwaku).

Japanese understand that visitors do not know the intricacies of Japanese etiquette and tend to tolerate foreigners’ mistakes in this regard. There are a few serious breaches of etiquette that meet with general disapproval (even if committed by foreigners) and should be avoided if possible:

When handing over a business card, orient it so that it is legible to the person you are giving it to and hold it with both hands at the corners so that everything is visible. When accepting a business card, grasp it with both hands at the corners and take the time to read the card and make sure you know how to pronounce the person’s name (this is more of a problem in Japanese, as the characters for a person’s name can be pronounced in different ways). It is impolite to write on a card, fold it or put it in your back pocket (where you sit on it!). Instead, arrange the cards on the table (in order of seniority) so you can remember who is who. When it’s time to leave, you can put the cards in a nice case to keep them untouched; if you don’t have one, hold on to them until you’re out of sight before pocketing them.

If you give money as a gift (e.g. as a tip in a ryokan), you should get unused notes from the bank and present them in a formal envelope.

Japan is considered very safe for gay and lesbian travellers, and violence against homosexuals is quite rare. There are no laws against homosexuality in Japan and major cities like Tokyo and Osaka have a large gay scene, but same-sex relationships are not recognised by the government and open displays of your orientation are still likely to attract stares and whispers.