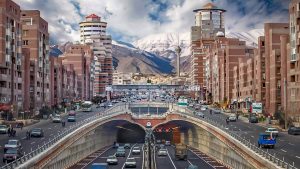 AsiaIranThings To See in Iran

The Tehran Museum of Contemporary Art is a contemporary art museum in Tehran. The former Shah and his wife, who were ardent and showy collectors, amassed one of the world’s most significant modern and contemporary art collections, which is conservatively estimated at $2.5 billion USD. Pablo Picasso, Wassily Kandinsky, Andy Warhol, Marcel Duchamp, Francis Bacon, David Hockney, and Jackson Pollock are among the artists represented. Much of it is still uncatalogued, both because of its abundance and because it is presently forbidden. For many years, no western works have been on display, but staff expressed optimism in late 2013 that the authorities would give permission for certain items to be exhibited as part of a tourism push. It will have to wait and see. Meanwhile, art fans may sigh while leafing through a reference copy of part of the collection, which is available for viewing at reception. Nonetheless, the museum is worth a visit for a rare chance to see modern Iranian art that, although innovative and forward-thinking in execution, adheres to established values.

Square Naqsh-e Jahan, also known as Shah Square or Imam Square, was built in 1602. There are two mosques and a market. It is a significant historical site that is also a UNESCO World Heritage Site. The plaza is surrounded by Safavid-era structures.

Iran beaches provide a diverse range of beach options for visitors. The warm weathered beaches of Iran along the Caspian Sea provide a variety of moods and sensations. The beaches in Iran’s southern regions provide mild weather that is often nice. Iran’s coastline along the Persian Gulf has hilly vistas, as well as sand and swamps to explore.

The Persian Gulf coast around Kish Island boasts stunning blue seas. In these magnificent crystal clear waterways, you can see aquatic vegetation and creatures. The beach on Kish Island is known for its safety and is a popular swimming and fishing destination in Iran. Walk down the sandy beach to see the coral reefs in this region, which are protected by the sun all year.

Glass-bottomed boats and scuba diving are among the activities available on Kish Island. Water sport vessels and motorboats are available for hire.

Beaches along the Caspian Coast

The Caspian Sea, which is located in northern Iran, is the world’s biggest land-locked lake. The beaches are sandy and beautiful, in addition to the magnificent landscape provided by the roads leading to the Caspian Sea. Tropical weather prevails throughout the summer months, while the winters are moderate. Resorts on the beach provide a fantastic escape amid Iran’s beaches.

The Chabahar seaport is located on the coast of southeastern Iran, near the Oman Sea. In the winter, visitors to this region may enjoy water sports as well as leisure. Sunsets from the rocky region near Chabahar’s shore are spectacular. Swimming is permitted in certain areas along the coast of Oman. In Chabahar, you may do water skiing, canoeing, scuba diving, and a variety of other water activities.

Silky sand and spacious beaches may be found on the Iran beaches near Bandar Abbas, which overlook the Straight of Hormoz. In this area, the summer months are hot and humid, while the winter months are nice. Children enjoy Bandar Abbas’ gentle sloping beaches, which provide as a safe playground in nature. In this part of Iran, hotels offer gardens, swimming pools, and fields where guests may enjoy games while walking along the coastline.

Sandy and stony beaches may be found along the coast of Bushehr province. Water activities are popular along the sandy beaches of the coasts. Enjoy the beauty in this area, which is near to Iran’s main cities. While visiting Bushehr, you can see limestone that makes up the rocky beaches, which adds to the region’s natural beauty. The winter season draws the most visitors.

Desert trekking and desert excursions The northern portion of Iran is covered with thick rain forests known as Shomal or Iran's Jungles. The eastern portions of the nation are mainly desert basins, including Iran's biggest desert, the Dasht-e Kavir, in the north-central part of the country, and the Dasht-e Lut,...

WARNING!Iran prosecutes drug offenses harshly. The death sentence is obligatory for anyone convicted of drug trafficking or manufacture, as well as those convicted of drug possession for the third time.Homosexuality is also regarded harshly if homosexuals exhibit public activities such as kissing and holding hands; confirmed same-sex intercourse for...