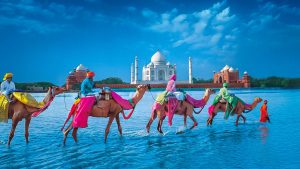 Religion and rituals in India

–  t Indians follow Western naming conventions, with a first name followed by a family name. Salutations also tend to follow Western conventions.
–  mil names, however, are an exception to this rule. Tamil names usually follow the convention of first name + father’s name, or father’s initials + first name. Therefore, someone named Ramasamy Govindasamy would have Ramasamy as his first name, Govindasamy being his father’s name. Alternatively, he could also be known as G. Ramasamy. Due to the patronymic nature of surnames, first names are always used when addressing people, so the above person would be addressed as Mr Ramasamy.

The foolproof method is therefore to ask how the person wants to be addressed.