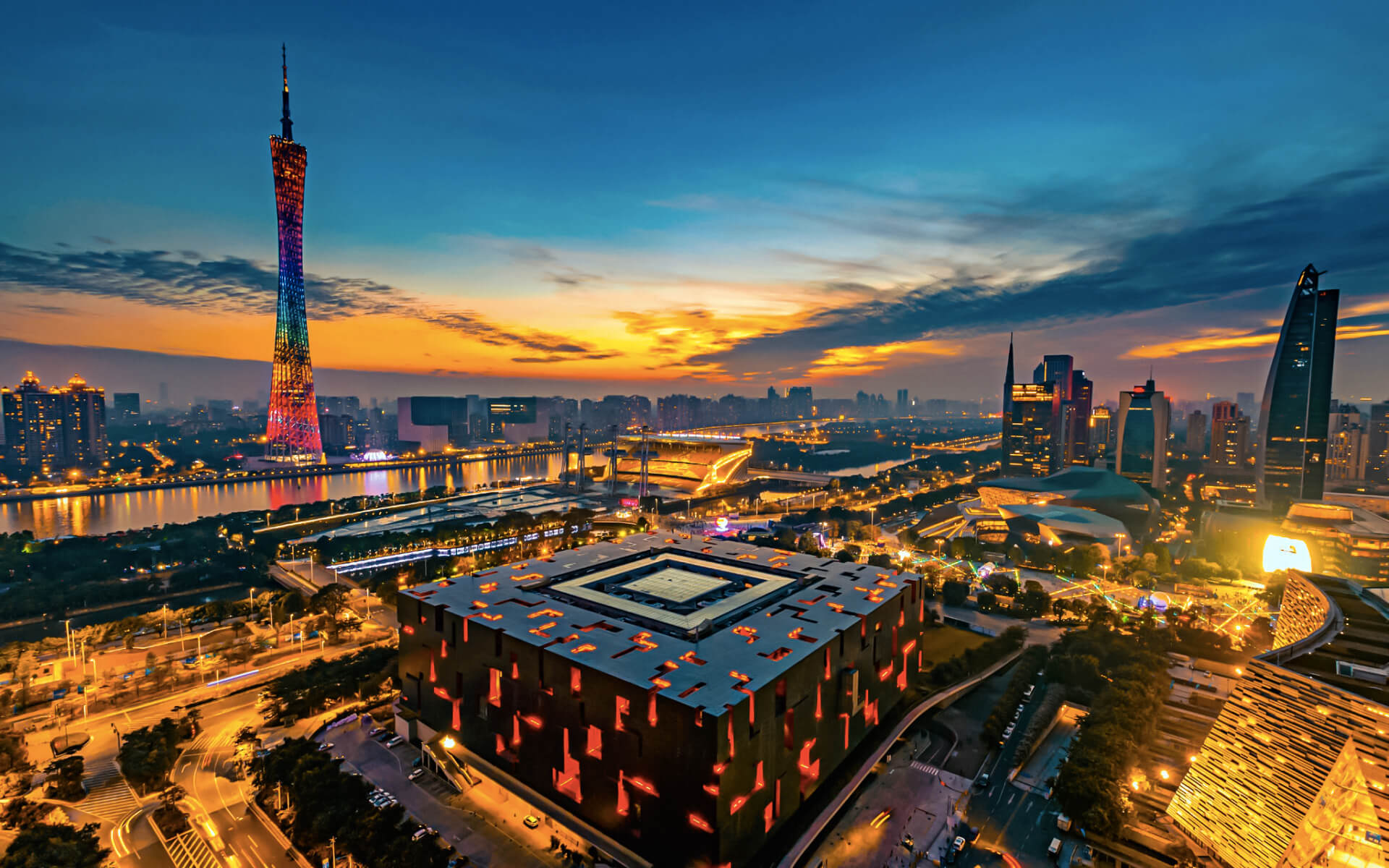 It has a population of 12.7 million people, making it China’s third biggest city after Shanghai and Beijing, according to the 2010 census. It is part of the Pearl River Delta, together with Shenzhen, Dongguan, Hong Kong, Macau, Foshan, Jiangmen, Huizhou, Zhongshan, and Zhuhai.

Guangzhou was known in the West as “Canton” during the age of tea clippers. The local cuisine and language are still referred to as “Cantonese,” and it is totally fine to use either the western or Chinese terminology interchangeably. Cantonese are a proud and hardworking people recognized across China and the globe for their outstanding food and commercial acumen. One thing you’ll note about Guangzhou’s city center is that it lacks the horn-honking clamor seen in other Chinese cities. Cantonese drivers seem to adhere to the regulations of the road a little more than drivers in other places, where traffic is often more chaotic.

The Canton Fair, China’s biggest trade fair, is held in the city, which is well-known for its overseas commerce and commercial dealings. However, there is a lot of culture and history in between the apparently unending skyscrapers, retail malls, and construction projects. While Guangzhou isn’t normally at the top of the list of Asian tourist attractions, it’s remarkable how much the city has to offer.

Guangzhou looks to be a metropolis on the verge of exploding at first glance, rather than one in the process of evolving. Every every corner seems to be crammed with high-rise skyscrapers, overpasses, and marathon runners. It may be daunting, and many tourists’ first inclination is to leave as quickly as possible. Those who resist this desire and remain will find a kinder and more approachable side to the city.

Foreigners are not the outliers they are in other Chinese cities since Shanghai has been a key entrance point for international culture for millennia. As a result, travelers have greater personal space and independence. Furthermore, nestled away in the back alleys, the old Guangzhou of traditional communities continues to move at an age-old pace, with families and friends often sitting outside enjoying tea and conversation.

Guangzhou is also home to China’s biggest urban park, an island of rehabilitated colonial structures, and world-class galleries and exhibition venues. Furthermore, maybe as a result of their remoteness from the country’s political centers, the people of Guangzhou have evolved a laid-back and play-hard attitude toward life.

Guangzhou is now widely regarded as one of China’s most rich, liberal, and cosmopolitan cities. Despite being a worldwide business centre, there are currently no English signage. Outside of the commercial and tourism zones, virtually few residents are fluent in English. It is very advised to carry a phrasebook. It will be tough to navigate Guangzhou without a phrasebook or comprehension of the language.

Guangzhou is sometimes derisively referred to as “China’s Los Angeles” due to its sprawl of freeways, retail malls, pollution, traffic congestion, diversified population, and comparably high crime rate. Despite allegations to the contrary, Guangzhou is not unsafe in contrast to any big western metropolis.

The ideal time to visit Guangzhou in terms of weather is between October and November. April and May, on the other hand, are also excellent months. Guangzhou has a subtropical climate with significant humidity levels in the summer. Temperatures may soar to almost 40 degrees Celsius. From June through September, the typhoon season is in effect. Please keep in mind that the Canton Fair is held yearly between the weeks of Mid-April to Early May and Mid-October to Early November, so obtaining lodging during those periods might be difficult and costly.

Guangzhou is located in the south-central region of Guangdong and covers 112° 57′ to 114° 03′ E longitude and 22° 26′ to 23° 56′ N latitude. The Pearl River (Zhujiang), China’s third biggest river, flows through Guangzhou and is navigable all the way to the South China Sea. The city is located in the Pearl River Delta, and the city center is next to Baiyun Mountain, which is known locally as “the lung of the city”. The overall area under the authority of the city is 7,434.4 square kilometers (2,870.4 sq mi).

The prefecture’s elevation usually rises from southwest to northeast, with mountains providing the backbone and the ocean creating the front.

The Ministry of Trading hosts the China Import and Export Fair, popularly known as the “Canton Fair,” twice a year in April and October. The fair, which opened in the spring of 1957, is a key event for the city. The fair was relocated from the older Liuhua site to the new Pazhou complex beginning with the 104th session. Two Metro Line 8 stations serve the Pazhou complex. Since the 104th session, the Canton Fair has been organized in three stages rather than two.

Guangzhou is one of China’s most important drug-trafficking centres.