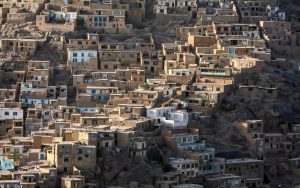 Things To Do In Kabul

AfghanistanKabulThings To Do In Kabul

How To Travel To Kabul

How To Get Around In Kabul

A relaxing trek with spectacular views of the city. The Kabul City Wall, which runs west-east from Babar Gardens to Bala Hissar, is still in good shape (about 3 km in distance).

Football (soccer) with local Afghan males, frisbee (with a group of foreigners), and a 400 meter jogging track in fairly green and attractive surroundings are open to the public on Tuesday afternoons and Fridays. Free.

The Afghan football team’s home. The mine museum is just past the stadium, as is a route up the hill where hundreds of Afghan men and boys are flying kites on vacation.

In the city, there are a few swimming pools. The best is probably at the Serena, although it’ll set you back USD30 to use it. The swimming pool in the UNICA club (USD5) is highly popular, especially on Fridays, when there is probably as much catwalking as swimming going on. Internationals (also known as Maple Leaf) features a huge and frequently empty pool (USD7) that is housed in a plastic shed rather than being outside. The pool at Le Divan is very busy on Fridays. Women should not wear anything revealing unless they are in a private or foreigner-only setting (especially bikinis).

How To Travel To Kabul

BY PLAIN Kabul International Airport is located east of the city. The new international terminal is now fully operational, with domestic flights departing from the old terminal. Ariana Afghan Airways, Kam Air, Safi Airways, and Pamir Airways all use the airport as a hub. Banks, restaurants, a post office, and...

How To Get Around In Kabul

BY BUS The Millie Bus runs a number of routes across Kabul, however cabs are faster and more comfortable. Some of the buses are newer, but many are older, as one would anticipate in a third-world country. BY TAXI Taxis are numerous, and renting a car for the day should cost roughly...

Bagh-e Babur (Gardens of Babur) The mausoleum of Babur, the first Mughal Emperor, is surrounded by gardens. Despite his wishes to be buried here, he was initially buried in Agra and then relocated to this location. Afghans have traditionally come to the gardens for picnics and peaceful days. Among the amenities...

Thousands of tourists have flocked to Kabul after the Taliban's collapse, transforming the city into a culinary Mecca. Restaurants can be divided into "locals' restaurants" and "expats' places," with the latter having better security and higher pricing, but not necessarily higher quality. Restaurants that have been certified by the...

Near the park, in the Kabul City Center, there are several pretty nice shops.Majid Mall.  It Is located in the Supreme Tower. It is Afghanistan's largest retail mall.Roshan Plaza contains a few decent clothing stores.Chicken Street is known for its tourist attractions (carpets, carvings, knives, and so on) as well as...

Kabul is often regarded as one of the safest cities in Afghanistan, and while bombs and kidnappings have decreased in recent years, they still pose a concern. Given the large number of expats and tourists to the city, and the fact that just a few have been victims of...