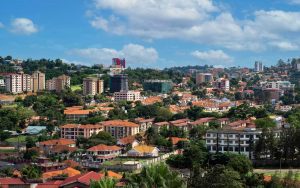 AfricaUgandaHow To Travel Around Uganda

The boda-boda is a popular mode of transportation in Kampala and neighboring cities. These are tiny mopeds, motorbikes, bicycles, or scooters with back cushions that are utilized by locals for inexpensive transportation. If you’re going to use a boda-boda, be very cautious since they’re often engaged in accidents; nevertheless, they’re a fun and quick way to go about. It’s worth noting that if you tell the driver you want him to drive slower and safer, he may really listen.

Before you go on the bike, make sure you agree on a fee. They’ll attempt to charge extra by saying the distance was more than anticipated. Some people may get violent; tell them you’re going to contact the cops, and they’ll settle down. Always maintain a courteous and non-aggressive demeanor.

Make sure you advise them to take it easy. On Uganda’s Boda Bodas, a large number of foreigners and Ugandans are wounded or murdered.

Uganda has a good public transportation system. Buses are divided into two categories. Taxis (sometimes known as “matatus”) are really minibuses or commuter vans that follow pre-determined itineraries (see below).

There are also genuine buses that leave Kampala early in the morning and operate less often. There are many businesses that all operate out of the same geographical region. Postbus, for example, offers buses that go to most Ugandan towns and are safe, pleasant, and dependable. They leave the Kampala General Post Office around 7 a.m. or 8 a.m. Because the buses fill up quickly, if you board in the middle of the journey, you’ll have to stand or sit in the aisle until someone gets off and you can find a seat.

Buses and taxis operate on most intercity routes, whether they are paved (sealed) or dirt.

Domestic bus travel is fair and inexpensive between large cities, and is a decent option for travelers with time on their hands, although it may not operate on time. The journey from Kampala to Masindi takes around 4 hours and costs 12,000 Uganda shillings.

Both buses and “taxis” do not operate on a set timetable; instead, they depart from their terminal stop only when they are fully filled. On highly used routes, they fill up in minutes and this is not an issue, but on less-traveled routes (or if boarding a big bus), expect to wait a long.

The easiest method to travel about Kampala and the surrounding cities is to take a “taxi,” which is a minibus-style cab. In metropolitan regions, this is the most efficient and cost-effective mode of transportation; nevertheless, be wary of conductors who may attempt to overcharge visitors. They typically carry 14 people including a conductor, but overcrowding can occur in tiny rural communities. Minibus taxis are reasonably priced, frequent (in Kampala), and may make many stops.

They travel following pre-determined routes, picking up and dropping off passengers at any point along the route. Stand on the side of the road and wave your arm if you wish to go on. Say “stage” to get off, and the driver will pull over and drop you off at the next boda boda stop. “Driver, please pull over at X,” you may also say. Unless you’re in one of the major taxi parks, they’re not labelled with destinations, so you’ll have to listen to the destinations that the drivers shout out the window. If you’re not sure where to get a cab to your location (particularly at Kampala’s two massive taxi parks! ), just ask a nearby driver or conductor, and they’ll most likely be able to guide you.

Special hire taxis, which you may book for yourself alone, are available in almost any decent-sized town. Because there are no meters, fares are negotiable over lengthy distances.

Uganda’s roads are similar to those seen across Sub-Saharan Africa. The majority of the important roads are tarred, but the quality of some of them may deteriorate. Some of the potholes get very deep. Many of the smaller highways and side roads are constructed of firm packed soil (murram) and are very fast and decent when graded. However, conditions may change from season to season, and they can worsen in severe rains, resulting in wash boarding. The easiest method to avoid wash boarding is to select a speed that is compatible with the road surface and efficiently skip from ridge to ridge. In the hilly areas of the south-west, unpaved roads may become impassable if it rains. Commercial bus and truck drivers, as well as pedestrians, cattle, bikers, pets, and the occasional police roadblock, add to the risk. Expect to drive at a pace of 60 km/h on average, but this may vary. The greatest advise is to drive carefully and be fully attentive at all times.

When planning a trip, the ideal question to ask is how long it will take rather than how far it will take. Local drivers usually have a decent sense of how long a trip will take them.

Because using public transportation may not fit safari-goers and it is difficult to reach the national parks, renting a vehicle may be a cost-effective option. It’s a good idea to rent a 4×4 with a driver since you’ll need local language help and experience if anything goes wrong on the road. As is customary among tourists, most establishments provide lodging and food for drivers. A low-cost choice is likely to leave you stuck someplace distant, perhaps causing you to miss days of your schedule. The best advice is to go to one of the big agencies unless you are okay paying cash in advance without a written contract and no network to assist you get out of a breakdown. Nonetheless, Uganda is a nation that is appropriate for self-driving, despite the above-mentioned circumstances, since it is safe.

In Kampala, many businesses provide vehicle rental services, both with and without a driver.