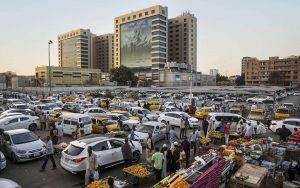 Sudan is an Islamic country where Sharia law has been enforced by the government. Although alcohol and narcotics are illegal, many individuals use a kind of snuff and a few manufacture moonshine. Sudanese women are known for wearing conservative clothes and covering their heads, therefore international ladies should follow suit, even if they see other visitors who do not. Long trousers, not shorts, should be worn by men. If you’re unsure, it’s best to be cautious and cover up.

The Sudanese do not require visitors to observe Ramadan, the holy month of fasting, yet eating, drinking, or smoking in public would be impolite. (Because many individuals are exempt from Ramadan, such as diabetics and those traveling over a particular distance, open eateries are available throughout the day, although they are not widely promoted.)

Be certain that any foreigner will be regarded as a native and punished as such, with many instances resulting in a prison term and a flogging, with the least being forty lashes (it may be more, according to the discretion of the local cleric). Since of the great distances between cities or villages, and because news travels slowly due to political instability, your government, if it even knows or cares to intervene, may not be willing or able to assist you.

Under no circumstances can pictures, sculptures, figurines, or other depictions of the prophet Muhammad be shown. When a British schoolteacher in Sudan permitted one of her pupils to call a teddy bear “Muhammad,” it sparked a furious backlash in Sudan. Despite the fact that the British schoolteacher is safe in her own country and no deaths have been recorded, previous similar issues such as Pope Benedict XVI and the Jyllands-Posten Muhammad cartoons have resulted in bloodshed.

Touching the thumb to the index finger while extending the rest of the fingers is an offensive gesture, as is showing the bottom of your foot (the North American sign for “O-kay”). Despite the fact that Sudan has a moderate Muslim culture, outsiders are nevertheless advised not to talk directly to native women until they are approached, and even then, it is customary to seek permission from the male accompanying her before replying. If at all possible, avoid making physical contact with women.

Avoid asking direct inquiries about people’s political views during conversations unless you know them well and have a good feeling about them; the consequences may be severe. In a nation that has been traumatized by more than 40 years of civil conflict, tact is essential, and refugees from afflicted regions are dispersed across the country, particularly in Khartoum.