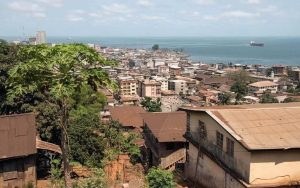 232 is the country code. In Freetown, Bo, and Kenema, Sierra Leone, fixed line phone service is available. The mobile phone network (as in Europe) is based on GSM technology, and it is widely used.The format for dialling is: +232-##-######, where the first “##” designates the area code.

Tigo was purchased by Africell, and its 30 prefix was integrated into the Africell network. In 2014, Comium went bankrupt. When dialing locally, “00” is used to access an international number (followed by the country code) and “0” is used to access a national number (followed by the country code) (followed by the area code). Important cities and industrial regions, as well as several major national highways, have excellent coverage. Airtel is the most established and has the most extensive national coverage. It is possible to use international roaming. Calling from the United States to other countries is quite inexpensive. Certain cell networks charge as low as $0.35 per minute to all countries, with some nations charging as little as $0.15.

Sierra Leone’s Airtel is a member of the One Network Service. This enables the usage of an Airtel SIM card from another nation in Sierra Leone. Receiving incoming calls is free, while local calls are paid at local rates. Keep in mind that calls to the home country of the SIM card will be paid at international rates.

For emergency calls, Sierra Leone currently dials 112 from any phone network. Calls are free of charge and are routed to the appropriate emergency service.

In general, internet access is sluggish. Wireless networks are generally available at the main hotels in Freetown. FGC Wireless offers a pay-as-you-go wireless internet service in portions of Freetown, but it is sluggish. The situation has improved since February 2013, when the nation was linked to Europe and South Africa through fiber optic cable.

Airtel and Africell both have 3G services that function effectively. Airtel, Africell, and Sierratel all provide wireless internet via USB modem.