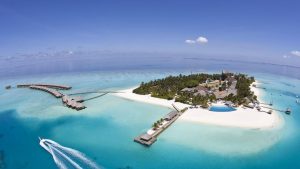 AfricaSeychellesThings To See in Seychelles

Visit the beaches. Most of the beaches appear to be untouched by people and they are refreshingly uncrowded. The clear blue skies and rarely seen tranquility make this a great place to visit. Hiking up the coastline from Beau Vallon to Anse Major is approximately an hour and a half or two hours and provides a delightful little uninhabited beach that is fit for a king. The scenery alongside the trail is breathtaking. Due to seasonal winds, not all beaches are suitable for swimming. Do not ignore warning signs that a beach is dangerous for swimming, no matter how tempting the water may look.

The Vallee de Mai is a national park and World Heritage Site and is home to amazing flora and fauna, including the largest seed in the world: the Coco de Mer. Entrance fee: Free for locals, 315 rupees (~€20) for foreigners (as of September 2010).

Aldabra Atoll: The largest coral atoll in the world, stretching some 22 miles from east to west and enclosing a huge tidal lagoon. Aldabra is home to giant land turtles, as well as tiger sharks and manta rays, which can often be found in the area.

Cousin Island is internationally owned and is belong to BirdLife International.

Victoria, the capital on the island of Mahe, has several good museums, including the Natural History Museum, where you can hold the famous coco-de-mer, and the National Museum of History, with good photo exhibitions and a video presentation.